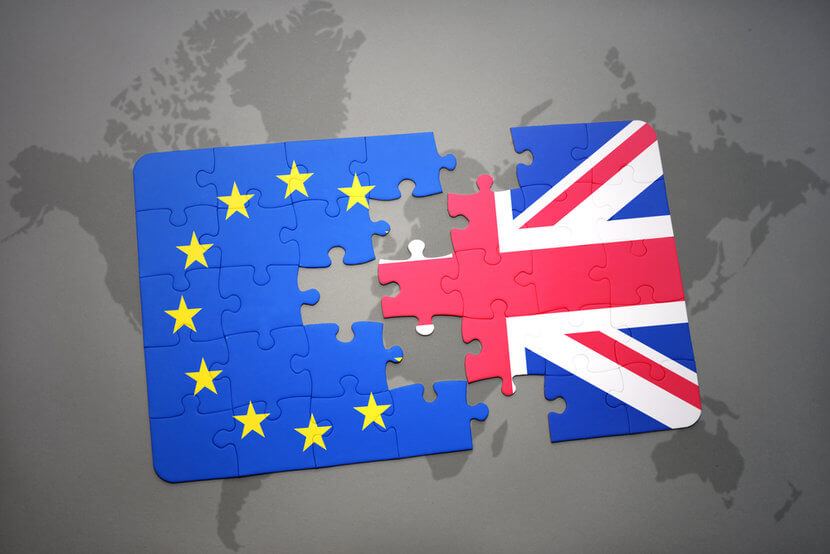 The votes have been counted. In a historic shift in sentiment, the British people have decided to leave the European Union. For Britain, this soft revolution means a change in leadership and the beginning of a two-year long process of disentangling itself from the many EU structures it's tied to.

For the United States, Britain's exit from the EU means uncertainty—uncertainty about interest rates, the stock market, bonds, and the U.S. dollar, all factors that influence the pricing and ownership of precious metals. According to industry experts cited by The Wall Street Journal, Bloomberg, and CNBC, here's what gold buyers can expect as a result of the Brexit vote.

As uncertainty increases, so will the price of gold

Gold rose to its highest level in two years on Friday morning, reports The Wall Street Journal, surpassing the “psychologically significant level of $1,300 an ounce.” It is currently trading approximately 25 percent higher than at the beginning of the year.

“The precious metal is on fire and is the real winner of Brexit situation,” says Naeem Aslam, chief market analyst at Think Forex in London. “We are seeing some big bets coming in the market, which is pushing the metal price higher.”

While the Brexit vote played a major role in the price of gold over the last few days, it isn't the only contributing uncertainty factor. In fact, Brexit is the third of three significant risk events impacting the precious metal. The rise of a non-establishment presidential candidate in the U.S. and the Federal Reserve's interest rate policy are also bolstering the price, says James Butterfill, head of research and investment strategy at ETF Securities.

Physical gold isn't the only form of the precious metal that's on the rise. Shares of gold mining companies also rocketed higher, with GDX opening close to 10% percent higher on Friday than it did on Thursday.

Online search data and feedback from local gold dealers in the U.S. and London support speculation that demand for gold coins and bars is on the rise, as it has been for much of the year.

The number of online searches for “buy gold” climbed 500% over the course of Thursday morning, tweeted GoogleTrends in a mid-morning Twitter post in advance of the vote.

While this is a positive signal to those already holding gold, it could signal scarcity for those who have not yet purchased this hard asset. No one knows for sure how much gold even remains in the earth.

Though spending on exploration has increased, gold discovery rates have decreased. A March 2015 report from Goldman Sachs warns that mineable reserves of commodities like gold, silver, platinum, and copper could become “seriously scarce” within two decades.

Precious metals may be the only commodities on the rise

Other global commodities are not reacting with the same strength as gold. “The flight to safety is very, very evident,” says Jeremy Wrathall, head of global natural resources in London at Investec Plc. “Copper is moving down, oil is moving down, it's a reaction to the dollar. The only commodity that's not behaving that way is gold.”

Precious metals other than gold, though, are reacting positively in light of the vote. Friday morning, silver prices were up 2.6 percent at $17.80 an ounce, while platinum prices were 2.12 percent higher at $987 an ounce. 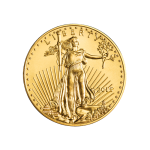 Gold is soaring! Call 1-844-307-1589 now to lock in your gold prices. Hundreds of thousands of individuals have already purchased gold and silver from U.S. Money Reserve. Don't wait until it's too late to protect your wealth!

Maximize your profit potential while you still can

Recent international events have further supported gold as one of the most profitable asset classes of the year. “Precious metals are in the early phases of a multi-year run after a long correction,” says Jason Hamlin, founder of Gold Stock Bull and publisher of a highly-rated investment newsletter. With Britain leaving the EU, “the sky is truly the limit for gold and silver,” he says. “I would not be surprised to see gold climb above $1,600 and silver above $27 by year end.” Are these prices you're willing to pay?

With panic sweeping the financial scene at home and abroad, how you choose to react to this historical event could define the profit potential in your portfolio. U.S. Money Reserve's knowledgeable Account Executives are standing by to take your call.

Call 1-844-307-1589 to lock in your gold prices before they climb higher, and before gold becomes even scarcer. Who knows what tomorrow may hold. At this point, uncertainty may be the only certainty.