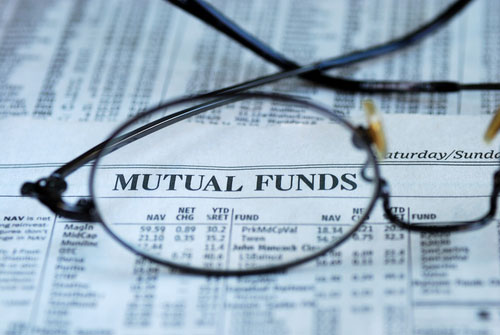 BlackRock Inc. is seeking government clearance to set up an internal program in which mutual funds that get hit with client redemptions could temporarily borrow money from sister funds that are flush with cash.

BlackRock, the world’s largest money manager, filed with the U.S. Securities and Exchange Commission on Friday to set up what’s known as an interfund lending program. The applicants include BlackRock Advisors and BlackRock Fund Advisors, which managed gross assets of $524 billion and $863 billion, respectively, at year-end.

Larry Fink, BlackRock’s chief executive officer, said in December that U.S. bond funds face increased volatility, adding that he expected a “dysfunctional market” lasting days or even weeks within the next two years.

While New York-based BlackRock has been increasing the amount of money that its funds can borrow from banks to meet temporary cash needs, the firm said in today’s application that the internal lending program may prove less expensive and provide additional flexibility.

BlackRock fund directors “have determined that it is prudent to add new options for borrowing and lending money in case of an unexpected volume of redemptions or an unanticipated cash shortfall due to settlement failures,” the firm said in its application.

“As a fiduciary, we are exploring the option of extending this feature to funds managed by BlackRock,” she said in a statement.

While the lending program would be new, the firm has increased the amount of bank credit lines available to meet temporary cash needs at its funds to $2.1 billion as of November from $500 million in early 2013. This credit facility, provided by a group of banks, is set to expire in April 2016, according to Friday’s application.

“Recent changes in regulatory bank capital rules may reduce willingness by banks to continue to provide the funds with existing credit lines,” the firm told the SEC. Alternatively, the changes “may cause banks to offer such credit lines at spreads significantly in excess of current rates.”

BlackRock said it has no plans to terminate the existing bank credit lines if the application is approved. But the fund company does expect to renegotiate such arrangements from time to time, depending on prevailing conditions, the fund company said.

The application would permit BlackRock funds that have unanticipated cash needs to borrow money from sister funds that have excess cash. The firm said the internal program would be less expensive than bank loans for the borrowing funds while providing higher returns than money market instruments to the lending funds.