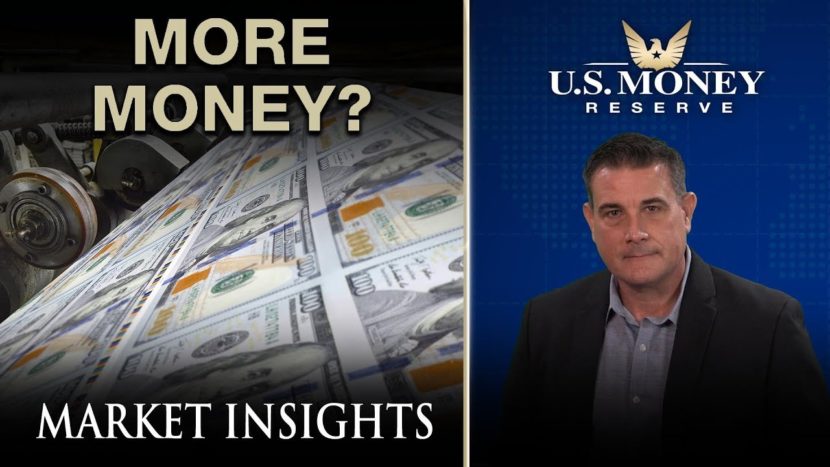 On April 4th of 2019, Donald Trump challenged the federal reserve's actions of quantitative tightening and asked for quantitative easing, or the printing of more money and lowering of interest rates.

As we conclude our segment on 401ks and IRA's and the benefits of transferring out of those into precious metals. We're going to continue to talk about some of the benefits of some of the additional issues that are now continuing to take place that will kind of help you understand why it's important to move some of those assets. The benefits of adding physical metals include critical risk diversification and the ability to tap into a wide range of assets such as tax free growth and to potential for long term profits. Since gold is typically not correlated with the wide price fluctuations of paper assets, it acts as an ideal hedge against market downturns and the volatility of the markets. Aside from the mayhem that the financial markets experienced in 2018, we also saw a rough year for real estate, commodities, lending, and early stage startups as the market meltdowns and trade tensions and global uncertainty undermined traditional assets.

The Fed also offered it's own dose of unease of exhibiting an awkward mix of hawkishness patients and new fears of an economic slowdown. Any talk of pausing rate hikes and slowing of monetary tightening is almost always an increase for the gold market. And as last year drew to a close all eyes were also on China's weakening economy, deceleration of global economic growth, and a soaring worldwide amount of debt. As if this isn't enough information to worry about, on April 4th of 2019, Donald Trump challenged the federal reserve's actions of quantitative tightening. And he asked for quantitative easing, the printing of money and the lowering of interest rates. And the reason this was going on, was to get the freshly new money into circulation at a quicker rate. And we all know the issues that surround the printing of money. When newly printed money is just created by a central bank, the new money only creates the impression that there is new real spending capability and new wealth.

Consumers and investors then start pouring the newly created money into various industries, dependent on the latest fads and speculative areas. Eventually, the lack of sound economic foundation beneath the spending, leads to the crippling of the initial foundation that was created initially inside the United States. American consumers with nest egg dollars tucked into IRA's and 401k's literally hang on for dear life like they did in 2008. And again, this is a life changing exercise. Okay? Understanding the next crisis is what is important. If you'd like to get more information on the topic and how it can affect you, pick up U.S. Money Reserve's, special report, ‘the gold IRA, protection in the risk zone'. If you're watching us from YouTube, subscribe to our channel so you don't miss a single episode. For U.S. Money Reserve Market Insights, I'm, Coy Wells, and thank you for watching.