Why Are These Artworks Covered in Gold? Did You Know?

Home » Videos » Why Are These Artworks Covered in Gold? Did You Know? 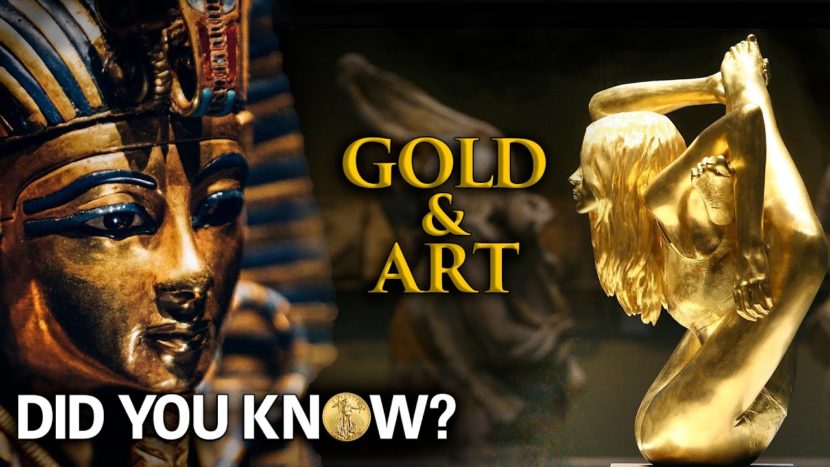 For almost as long as humanity has created art, gold has been used. One of the most prominent uses of gold in art is gilding golden leaves, which have adorned artworks of cultures across the globe. If you’re interested in learning more, watch this episode of U.S. Money Reserve’s “Did You Know?”

Why Are These Artworks Covered in Gold? Did You Know? – Video Transcription

Did you know that gold has been used to accentuate artworks since antiquity? Artists use gold leaf, which is gold that has been hammered into extremely thin sheets to accent a surface. This process is called gilding and it gives the subject an ethereal, timeless quality. As light hits the gold on the painting, it shimmers to life. This technique dates back to ancient cultures such as Egypt, Greece, India, and the Byzantine Empire. Artisans have used gold leaf to decorate statues, paintings, and even manuscripts. An early example is Athena at the Parthenon, created by master sculptor Phidias around 432 BC. Sadly, many of these works of art were destroyed because of the inherent value of their materials. The Austrian painter, Gustav Klimt, used this technique in his paintings during his golden phase in the early 19 hundreds. Klimt combined gold leaf with oils capturing subjects of Vienna

at the turn of the 20th century. Klimt's extravagant pieces were celebrated by some and criticized by others. The more recent remarkable art piece, Siren by Mark Quinn, a contemporary British artist. Created in 2008 and molded in 18-carat gold, Siren is one of the largest gold statues since antiquity. Why did these artists use gold in their works? One reason could be because in many of these cultures, the alluring metal has come to represent concepts such as wealth, vitality, prestige, eternity, and even godliness. Call the number on your screen if you'd like to learn more about gold's place in history and gold's place in your portfolio. Make sure to subscribe to see more of our videos on various topics.