Tombstone, Arizona: Did You Know? 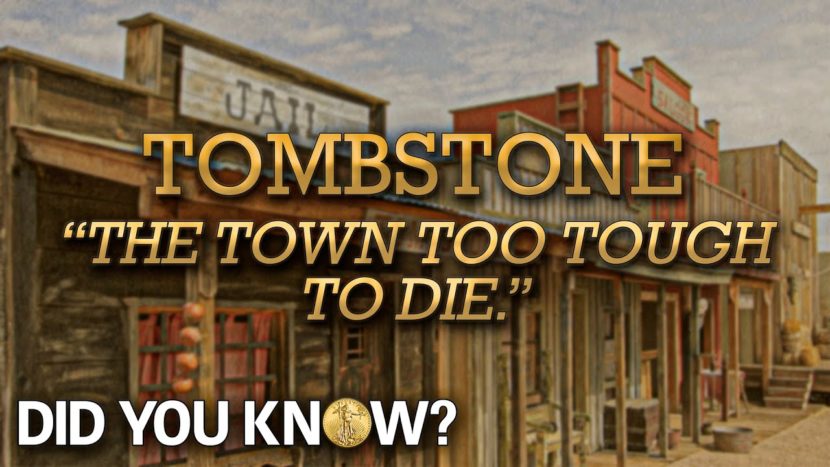 Prospector Ed Schieffelin was told the only thing he would find in the frontier would be “his tombstone.” Despite doubts from his peers, Schieffelin went on to find silver ore in a remote part of Arizona. He named his mining encampment “Tombstone,” which grew into a prosperous town. Tombstone eventually became the scene of one of the most famous gunfights of the Wild West, the O.K. Corral shootout. If you’re interested in learning more, watch this episode of U.S. Money Reserve’s “Did You Know?”

Ed Schieffelin had high hopes of becoming a prospector in 1877. While he worked as a U.S. Army scout in Arizona, he would often go on expeditions in search of ore, despite the dangerous frontier. Months into his search, he found silver ore in a dry wash, spending even more months looking for the source. Once he found the impressive silver ore vain, the building of a settlement was put into action. A friend once said to Ed that the only thing he would find on the frontier would be his tombstone. Thus, the city of Tombstone was founded. Silver brought prosperity to the town, but with it came greed and crime. In 1881, three cowboys attacked a stagecoach carrying silver bullion worth $26,000 at the time. The authorities of tombstone, the Earp brothers, began feuding with the band of criminals. These rising tensions led to the famous O.K. Corral shootout.

The violence resulted in the death of three criminals, but the feud was not over. To avenge their fallen friends, the outlaws shot and killed an Earp brother through a glass door at a saloon and also ambushed and maimed another. This series of events became the subject of classic Wild West movies, such as My Darling Clementine and Gunfight at the O.K. Corral. Ed Schieffelin had left Tombstone and continued to hunt for gold and silver ore for the rest of his life. In his will, he requested to be buried in Tombstone. He stated “It is my wish, if convenient, to be buried in the dress of a prospector, my old pick and canteen with me, on top of the granite hills.” Like most boom towns, Tombstone's population dwindled in later years, but the town remains a historic site of lawless gun-slinging, cowboys of the Wild West. Call the number on your screen if you'd like to learn more about gold's place in history and gold's place in your portfolio. Make sure to subscribe to see more of our videos on various topics.