Silverpoint Drawing: Did You Know? 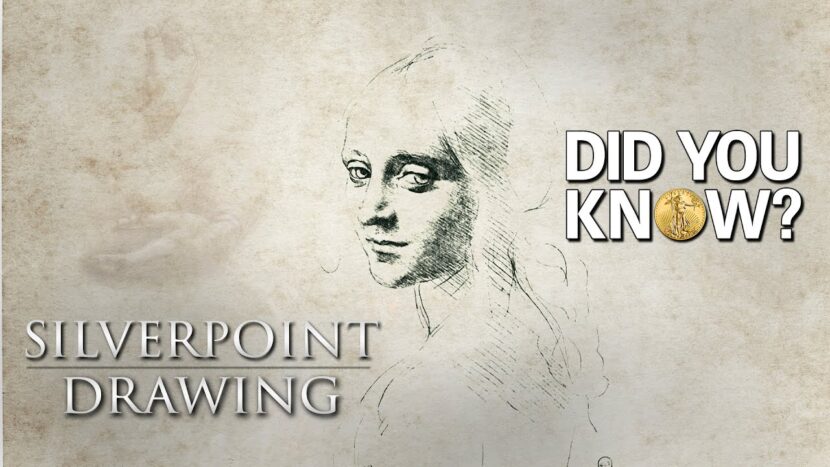 Silver has had a special place in art since before the Renaissance even started. Silverpoint drawing, a technique which was utilized by artists such as Leonardo da Vinci, Raphael, and Rembrandt has evolved throughout the course of time and is even still used today. If you’re interested in learning more, watch this episode of U.S. Money Reserve’s “Did You Know?”

Silverpoint drawing is a drawing technique that utilizes silver in place of ink. This technique was originally used by scribes and artists in medieval times. A traditional silver point stylist is created by inserting a small silver wire into a wooden rod. Silverpoint is one of several different types of metal point drawing techniques. Lead and tin were most commonly used until silverpoint gained notoriety in the late Gothic era. Silver was favored because it wouldn’t blunt as easily as lead or tin. This allowed artists to make straighter lines and include more detail in their work. Leonardo DaVinci, Raphael, and Rembrandt were among Roman early Renaissance artists using silverpoint. Silverpoint is regarded as a highly unforgiving drawing medium because it is completely permanent. Silverpoint became phased out of popular use after graphite was popularized in the late 16th century. Despite it’s fall from favor, artists like Rembrandt and Hendrick Goltzius continued to use silverpoint into the 17th century. Call the number on your screen or click the link below if you’d like to learn more about silver’s place at history or silver’s place in your portfolio.