How Much Gold Is in the Ocean?

Home » Videos » How Much Gold Is in the Ocean? 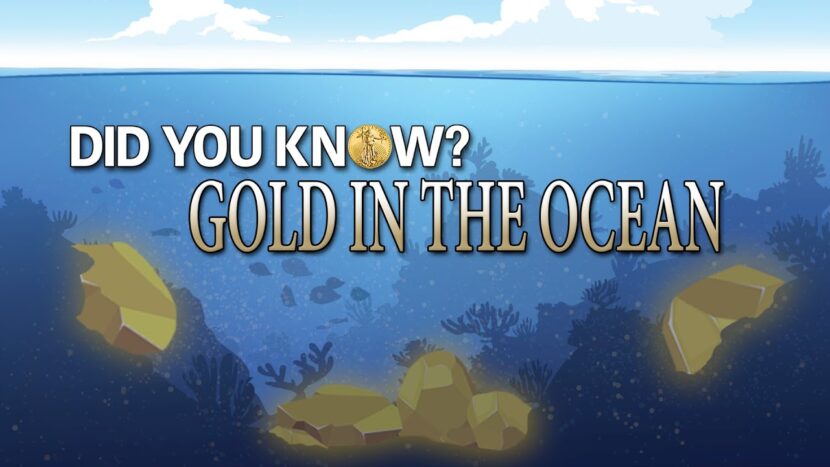 While the vast oceans of the world could contain millions of tons of dissolved gold, extracting it could be almost impossible. That hasn’t stopped people from trying before, such as pastor Ford Jernegan. If you’re interested in learning more, watch this episode of U.S. Money Reserve’s “Did You Know?”

How Much Gold Is in the Ocean? – Video Transcript

Speaker 1          (00:07):
Our oceans contain around 20 million tons of dissolved gold. However, this means there is only about one gram of gold for every 110 million tons of ocean water. Many gold deposits exist deep within the sea floor, and some deposits can often be trapped underneath rock as far down as 35,000 feet. Currently, the process of extracting gold from our oceans is an unprofitable venture due to technological limitations. However many inventors have attempted to perfect the process of separating gold from water. In the 1890s, pastor Ford Jernigan came up with the idea for extracting gold from the ocean water surrounding New York. He created Electrolytic Marine Salts Company and raised enough money to build a proper factory, which would utilize electricity treatments and mercury to extract gold from ocean water. Unfortunately, the plan was unsuccessful and by 1898, many investors have become skeptical and began asking questions about the effectiveness of Jernigan's plan. Shortly after, Jernigan disappeared with the money from the company. Jernigan's unsuccessful business reflects the extreme challenge of economically extracting gold from water. Despite the sheer amount of gold in and beneath our oceans, the majority of it remains inaccessible. Call the number on your screen or click the link below if you'd like to learn more about gold's place in our world and gold's place in your portfolio.