How Gold Gets Its Color: Did You Know?

Home » Videos » How Gold Gets Its Color: Did You Know? 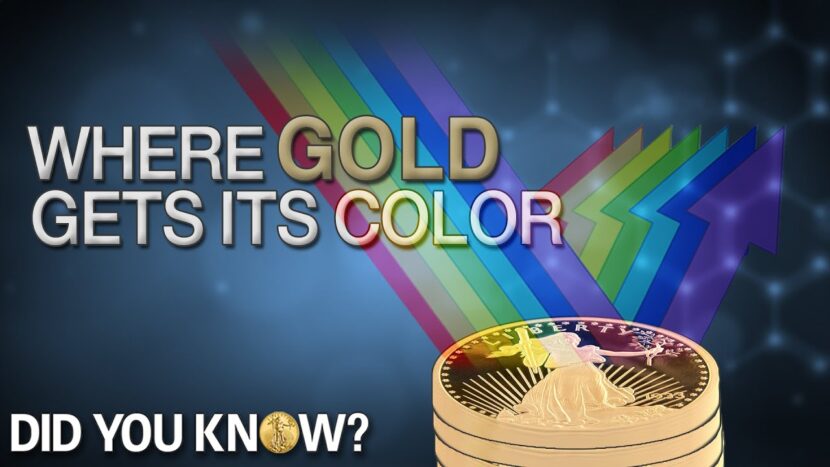 Have you ever wondered how gold got its famous yellow color? Scientists found the answer using the field of relativistic quantum chemistry. Or simply put, it is ingrained in its atomic structure. If you’re interested in learning more, watch this episode of U.S. Money Reserve’s “Did You Know?”

How Gold Gets Its Color: Did You Know? – Video Transcription

The reason why gold appears yellow may be more complicated than you think. The color of gold is often used as an example in the studies of relativistic quantum chemistry. Simply put, relativistic quantum chemistry is a field of study in chemistry which investigates the properties and structures of elements through quantum chemistry and relativistic mechanics. Gold's relativistic effects. Gold is used as an example because it's not silvery like most other metals due to relativistic effects. Unlike other metals, gold absorbs blue light more than it does other wavelengths of light. Because of this, any light that is then reflected off gold will appear to be lacking in blue. Since yellow is the complimentary color to blue, this will make gold appear as yellow under white light. Special relativity. Scientific theories like special relativity have also been attributed in gold's resistance to corrosion and tarnishing. Einstein proposed that relativity affects the electrons near a nucleus. In order for atoms to form chemical bonds, their electrons must have similar energies. The relativistic effects of gold give it unique electron values, making it difficult for chemical bonds to be formed with other elements. Thus, oxidation and rust are less likely to occur. Call the number on your screen or click the link below if you'd like to learn more about gold's place in history and gold's place in your portfolio.