Gold in Radiation Shielding: Did You Know?

Home » Videos » Gold in Radiation Shielding: Did You Know? 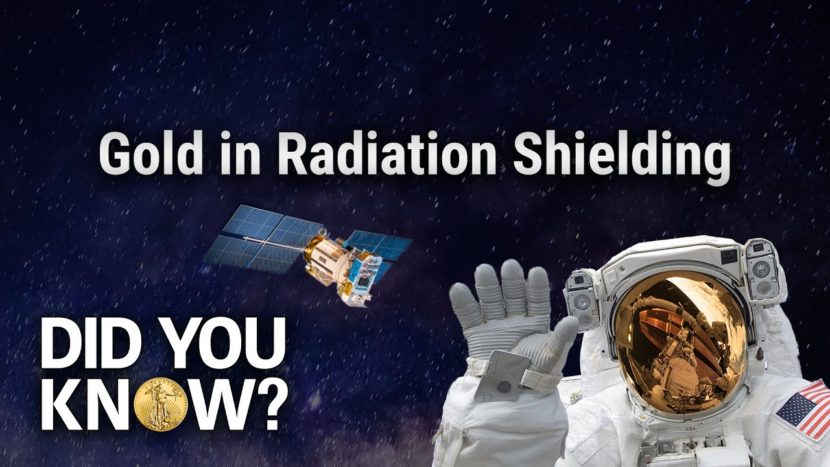 High levels of radiation in outer space can present a danger to astronauts. However, NASA has found gold in radiation shielding is useful in protecting space travelers and even satellites from deadly rays. If you’re interested in learning more, watch this episode of U.S. Money Reserve’s “Did You Know?”

Gold in Radiation Shielding: Did You Know? – Video Transcription

Did you know that gold can be used to shield against radiation? NASA has been using the yellow metal in helmet visors since the 1960s. An ultra thin layer of gold is used to protect astronauts' eyes against infrared radiation. The gold coating in the outer visor allows visible light to pass through, but reflects harmful solar rays. Astronauts are prone to radiation in space. Unlike the earth, which is protected by the ozone layer, nothing is protecting them from the extreme environment. Many satellites appear to be covered in gold foil, but this is called multi-layer insulation or MLI. MLI is made out of highly reflective layers of insulation and is primarily used to reduce heat loss. However, gold is in fact used to guard satellite and spacecraft components from ultraviolet light, heat or impacts. Other uses in aerospace include circuitry, metal plating, and coatings. Gold's remarkable characteristics of malleability, reflectance, and high conductivity make it a vital resource in space exploration. If you want to learn more about gold's place in history and gold's place in your portfolio, call the number on your screen or click the link below. Make sure to subscribe to see more of our videos on various topics.