Gold From Earthquakes – Did You Know?

Home » Videos » Gold From Earthquakes – Did You Know? 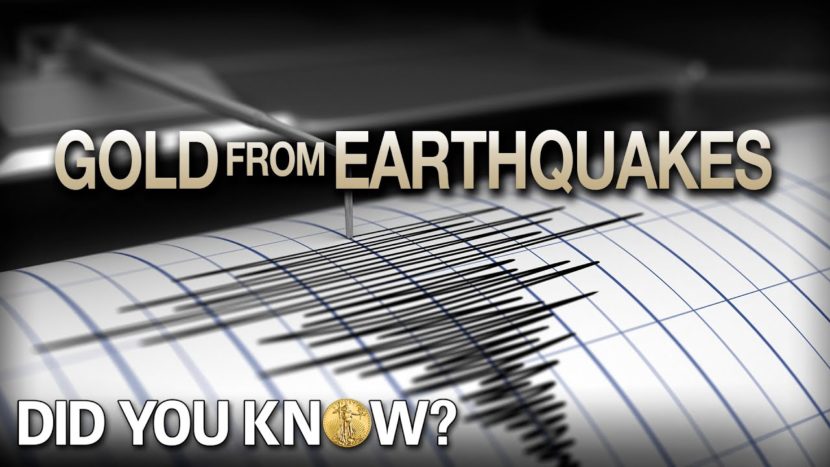 The destructive power of earthquakes, caused by eruptions of energy along fault lines, is well-known. What is less known is their surprising effect on gold under the earth’s surface. If you’re interested in learning more, watch today’s episode of U.S. Money Reserve’s “Did You Know?”

Gold can be found everywhere on earth. Though concentrated deposits are hard to come by. Gold is found close to the surface and deep underground in waterways, rock and mineral formations, and is mined differently depending on where it's located. Sometimes earthquakes can bring gold closer to the earth surface. Earthquakes are most prevalent near faults or fractures in the Earth's crust. When land is displaced and faults are created, energy is released from deep in the ground. The energy release can evaporate water in fault lines elevating gold and other minerals from deep within the earth to levels as near as six miles below the ground. This makes it easier to mine the gold inside the ground at lower costs. It takes a category 4.0 or higher earthquake to release enough energy to cause the gold to rise. Unfortunately, it takes about 100,000 years for faults to compile enough gold to make mining economically viable. Call the number on your screen if you'd like to learn more about Gold's place in history and Gold's place in your portfolio.