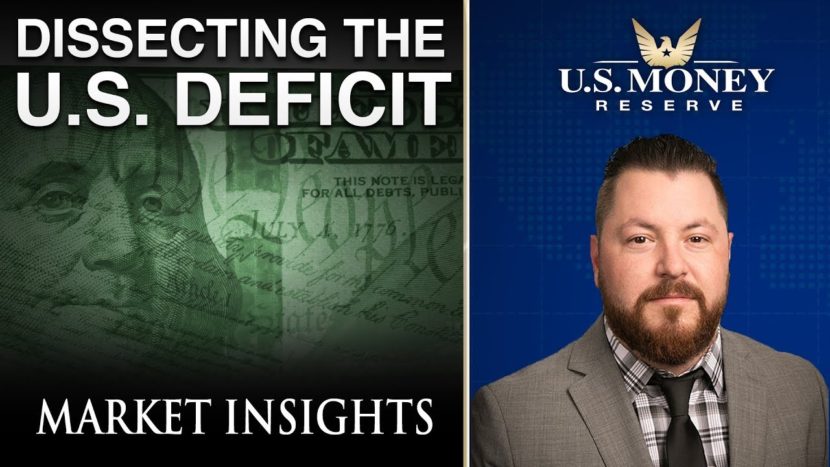 The Congressional Budget Office reportedly projected the 2019 deficit to reach $897 billion, up 15% from 2018. Last year’s deficit of $779 billion was the country’s highest since 2012. Patrick Brunson explains what this means and why you should care in today’s edition of USMR Market Insights.

Earlier this week we spoke about the U.S. budget deficit being up almost 42 percent compared to the same period last year after December ended with a thirteen point five billion dollar deficit. Following the GOP tax cuts of 2017, tax revenue is up by a meager point two percent. Meanwhile spending is up by more than nine point six percent. You see, the Congressional Budget Office reportedly projected the 2019 deficit to reach eight hundred ninety seven billion dollars up 15 percent from 2018. Last year's deficit of seven hundred seventy nine billion was the country's highest since 2012. The tax cuts were meant to spur economic growth, but there's been very little evidence of this actually working. A January survey found that the change had no major impact on hiring or capital investment. This has left growth and deficits to increase hand-in-hand and without any additional economic growth, the tax cuts are expected to reduce federal income by one point five trillion over the next 10 years.

We don't need to be bringing in less money. We need to be bringing in much much more to cover all of the spending in the entitlements that's been promised in our future. Otherwise we eventually will go default and the country could end up in another recession worse than anything seen since the Great Depression. So with that being said if you'd like to get more information on this topic, you can pick up U.S. money Reserve's latest report ‘five worst things to do with your money‘. It can show you the pitfalls of sinking money into a low interest savings account to putting all your eggs into one retirement basket. Most of this info you will not get from your average banker or adviser but it's imperative to know all spectrums of each asset that's out there right now and what the alternatives really are. So please click on the link below or call the number on your screen to get your copy. I'm U.S. Money Reserve's Patrick Brunson and as always, thank you for watching Market Insights.