Did You Know: King Tut’s Gold 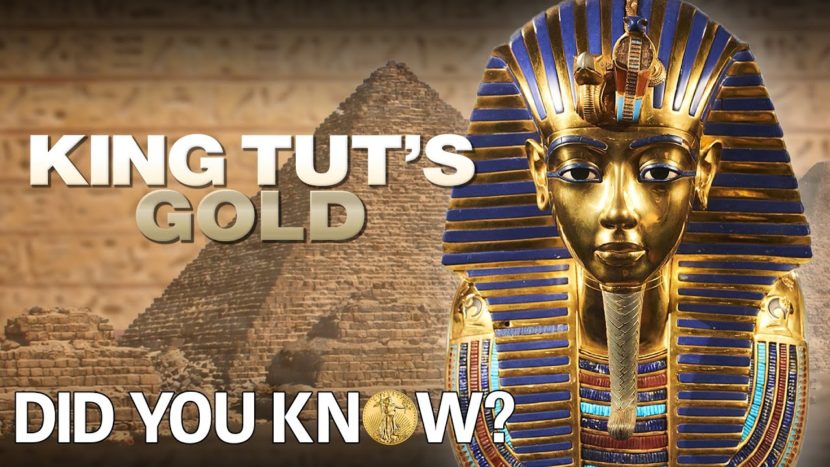 One of the most amazing archeological discoveries of all time was that of King Tutankhamen’s tomb. When archeologist Howard Carter’s team unearthed the tomb almost 100 years ago, they found an enthralling array of artifacts, many of which were made from gold. If you’re interested in learning more, watch today’s episode of U.S. Money Reserve’s “Did You Know?”

Ancient Egypt's legacy is one trotted in mystery and gold. Ancient Egyptians believe that gold was everlasting and held heavenly qualities. Gods were often depicted with golden skin, and the sun god Ra was even sometimes portrayed as a mountain of gold. One of the most iconic figures from ancient Egypt's legacy is King Tutankhamun. The young pharaoh took the throne at nine years old and ruled until the age of 19 when he died of unspecified reasons. King Tut's tomb was discovered by archaeologist Howard Carter in 1922; sometimes referred to as the house of gold. The tomb contained thousands of artifacts, many of which were made from gold, including King Tut's own sarcophagus. The receptacle was comprised of three different coffins made of gold, stone, wood, and decorative glass. Inside the innermost coffin laid King Tut's mummified remains clad with a golden death mask in the Kings likeness. The 22 pound mask sits 1.8 feet tall and contains a total of 321.5 troy ounces of gold. This gives it a value of over a half a million dollars in just its weight in gold. However, this legendary item is priceless. The tomb contained a variety of other golden items, such as statues, jewelry, decorations, sandals, and even solid gold toe caps. Check out the did you know, playlist on our channel. If you'd like to learn more about Gold's place in history and call the number on your screen or click the link below if you'd like to learn more about diversifying your portfolio with gold and other precious metals.