7 Cities of Gold: Did You Know? 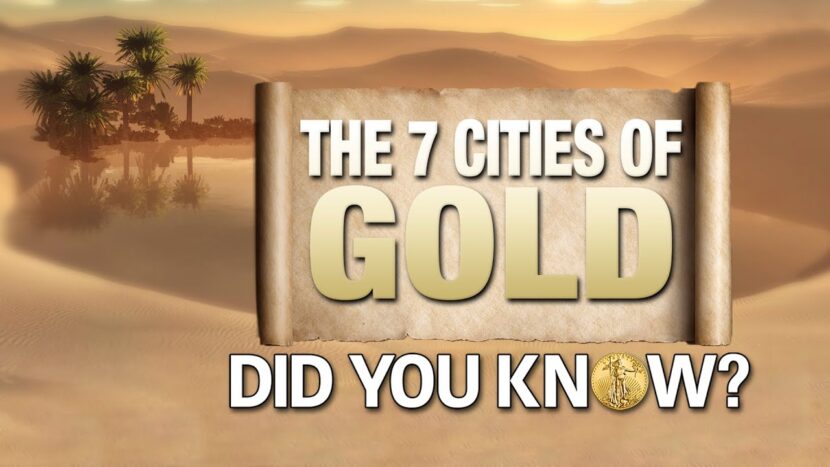 After establishing a foothold in what would later become Mexico, the conquistadors were captivated by the search for new gold. Intrigued by tales of “The 7 Cities of Gold”, their expeditions headed north. If you’re interested in learning more, watch this episode of U.S. Money Reserve’s “Did You Know?”

7 Cities of Gold: Did You Know? – Video Transcription

The tale of the seven cities of gold was a myth that was popularized in the 16th century. In the 16th century, Spaniards in modern day Mexico began hearing stories of golden cities across the desert, hundreds of miles north. Seven cities throughout New Mexico were said to contain vast amounts of gold and spoils. A European missionary named Marcos de Niza was one of the first people documented to have claimed the existence of the seven cities. Niza was chosen to explore the land north of Sonora, Mexico prior to its colonization by European Americans. Upon returning, Niza claimed to have seen Cibola, one of the fame seven cities said to contain abundances of gold. Though Niza claimed that he had only seen it from a distance, this ignited an everlasting frenzy involving the city and it's six counterparts. Many expeditions were made to the region by people all over the world, though no gold was ever found in the cities. This region primarily consisted of indigenous native American settlements known as pueblos Though this legend has been regarded as a myth, six of the seven famed cities have been found. Hundreds of years later, the seventh city of gold still remains a mystery. Call the number on your screen if you'd like to learn more about gold's place in history and gold's place in your portfolio.