Where Gold Is Found: Did You Know? 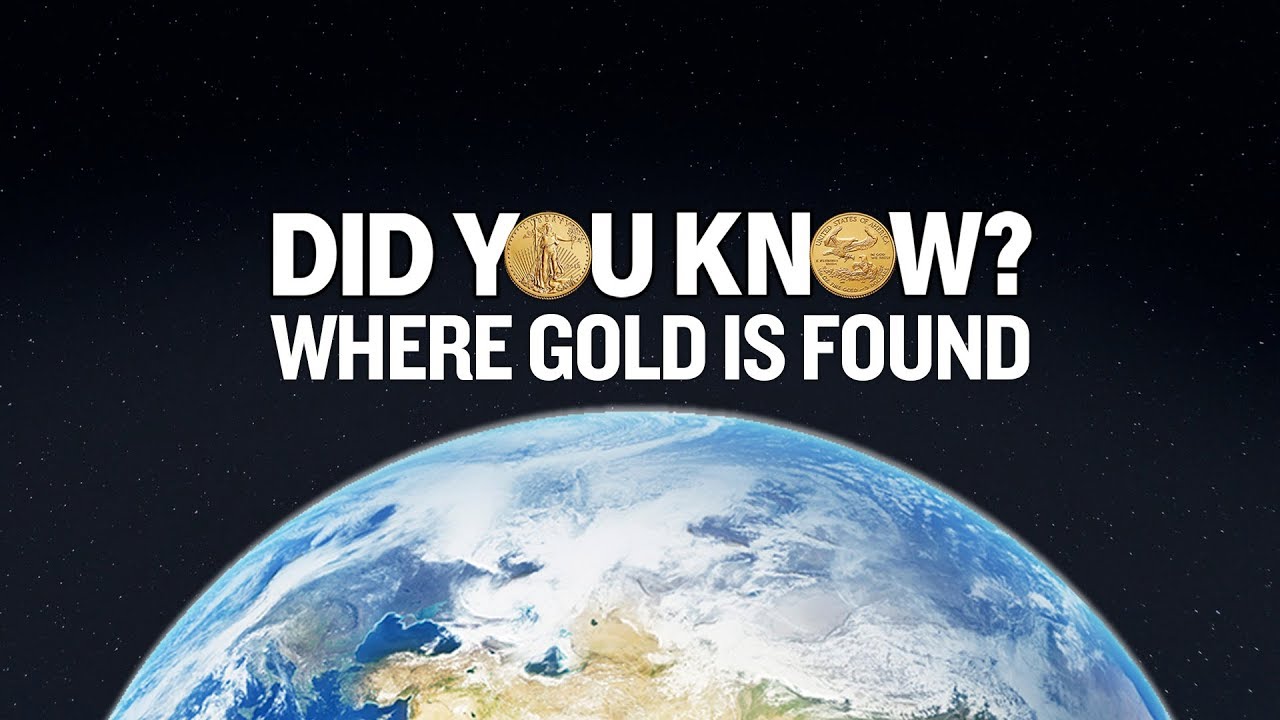 Did you know that gold is found on nearly every continent in the world? Up until now, more than 190,000 metric tonnes of the precious metal have been mined. Important areas for gold mining include regions of the United States, South Africa, Indonesia, and many more. If you’re interested in learning more about the world’s gold supply, watch today’s episode of U.S. Money Reserve’s “Did You Know?”

Where Gold Is Found: Did You Know? – Video Transcription

Did you know where gold is found? Gold can be found all over the world. Currently more than 190,000 metric tons of gold have been mined. Over 40% of the world's already mined gold has come from Basin, South Africa. In 1970 the Basin Mine was actually responsible for nearly 80% of the world's gold production. Almost 50 years later. The Basin Mine still serves as a prevalent location for gold mining. Today, the world's most prolific gold mines are Witwatersrand Basin South Africa, Carlin Trend in the United States, Popua, Indonesia, Super Pit, Western Australia, and Yanacocha, Peru. The U S mint gets their gold from mining facilities in the U S as well as the open market. Gold American Eagles in particular are made only from gold mined inside of the United States of America. If you'd like to learn more about the world's gold supply, call the number on your screen to get your copy of U.S. Money Reserve's latest report how much gold is in the world.