What Does a Brexit Breakdown Mean for You? USMR Market Insights 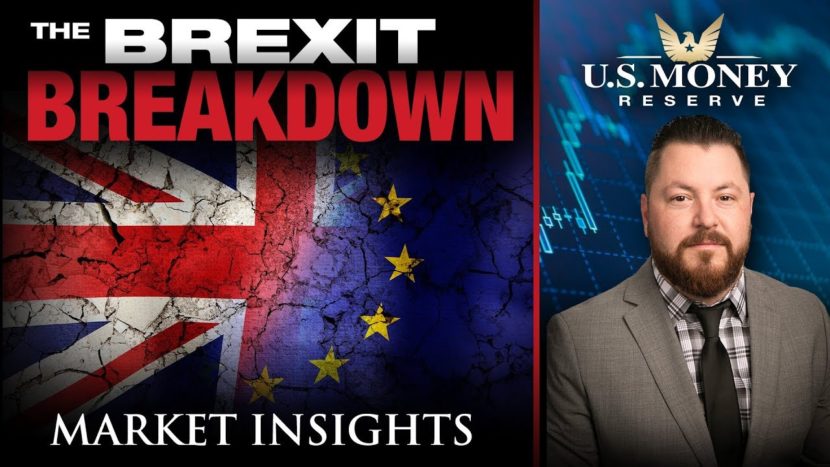 Brexit continues to leave investors everywhere nervous. If a withdrawal agreement can’t be reached before Britain is due to leave the EU on March 29, then a “no deal” Brexit could spell tremendous chaos for not just the UK—but for the global economy at large. Learn more in today’s edition of USMR Market Insights with Patrick Brunson.

What Does a Brexit Breakdown Mean for You?- Video Transcription

In recent times, it's more than likely that you've heard about Brexit in the news, but what is Brexit and why should you care? Ever since voters in the United Kingdom voted to leave the European Union, people everywhere have been left to bear the weight of financial and economic uncertainty. This has caused concerns over ongoing negotiations over trade, tariffs, and even immigration. Keep in mind, the UK is America seventh biggest trading partner, which means our economy is at risk as well. Right now the UK is scheduled to leave the EU on March 29th. So how does Brexit affect the United States? Well, it could pose a major threat to the global trade, increasing volatility. It can even lead to a recession in Britain affecting the United States trade. These market uncertainties are creating a lot of questions. That's why we always say it's better to be proactive as opposed to being reactive with your finances.

The bottom line is, it's no longer about the U s economy itself. It's more about the global economy, and if just one piece of the puzzle starts to falter, It could affect the entire global economy as a whole. For example, during the 2008 financial crisis, there were many other countries around the world that were affected by the actual United States recession because they were very heavily invested in our banks as well as our economy. So if Brexit turns into a major financial crisis for Europe, it could have the same lasting effects on the United States that we experienced back in 2008 during the great recession. So please click on the link below, or call the number on the screen to get your copy of the newest report from us money reserve, ‘the five worst things to do with your money'. If you're watching us from YouTube, please subscribe to our page so you don't miss a single episode here on market insights. I'm US Money Reserve's, Patrick Brunson, and as always, thank you for watching.