The Next Recession: Here’s What It Could Look Like USMR Market Insights 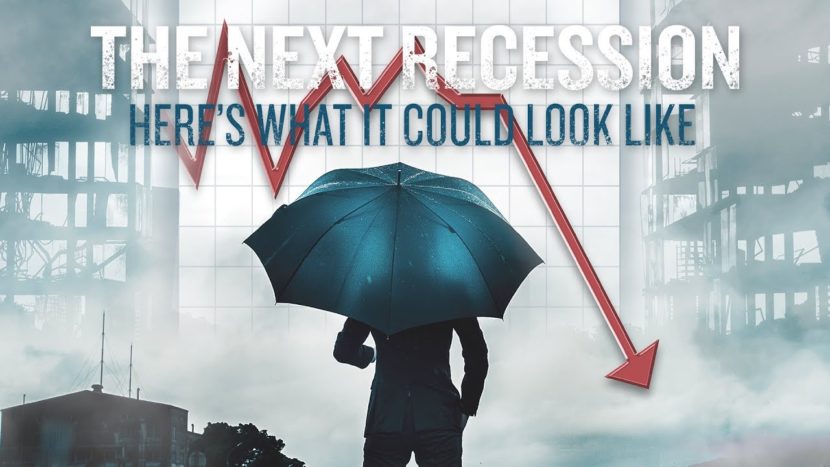 No one wants to be caught unprepared when a recession hits. Signs are pointing to the next one coming sooner than we might realize—and that it’ll be unlike any other recession we’ve ever seen before. What could be in store, and how can you weather the storm?

The Next Recession: Here's What It Could Look Like- Video Transcription

As a consumer, we're always looking to identify when the next recession or when the next correction is going to take place. What I can tell you from my position is over the course of time, history tells us that an economic or financial downturn tends to take place when the economic activity starts to peak. What that means is is when a recession takes place, it starts out with a small bubble and as that bubble grows over the course of time, which is undetermined. It gets bigger and bigger and ultimately at some point in time that bubble bursts. When that bubble bursts, a new bubble is created and that process starts over again and of course there's the correction time that could last five, six, 10 or 15 years. What we know right now is that the GDP of the United States is now sitting at about 4.2 which is one of the highest we've seen in a very long time.

We also know that the stock market is in one of the longest bull runs that we've seen in history. We also know going into march of 2019, this will be the longest growth span in US history. These are the peaks that were talking about when the u.s. Economy starts seeing a continued increase in the economy at some point in time, that bubble gets closer and closer all the time. The cracks in the wall have already begun, and then these are the things that we've been talking about over the course of time. We also know that the month of October has been extremely rocky. Is that the beginning? We don't know, but there's a very good chance that it is. We all should know that the Shiller index or the cyclically adjusted price to earnings right now is also sitting at a level that is the highest we've seen since the great depression.

We also know that countries are pulling away. The reason why this information is ultra crucial to understand and why it's important for us as consumers to understand and try to put all these pieces of the puzzle together is because our money is always at risk. We know that when the recession starts is a good time to reenter and then we ride that wave up, but we don't know when that time is coming. We do know that we're at a peak now from an economic standpoint, and those who understand simply economics understand that we never fully recovered from the 2008 recession. We only patched it when you take $4 trillion and throw it into the economy as a cash injection all you're doing Is giving it a shot hoping that it's going to get better. But it's not. We have the fundamentals that are taking place today and we're now at that expansion period, we're peaking in every sector. That means the recession is right around the corner. Be sure to click on the link below or call the number on your screen to get access to the newest report, ‘the next recession, here's what it could look like‘ and as always, thank you for watching U.S. Money Reserve and Market Insights.