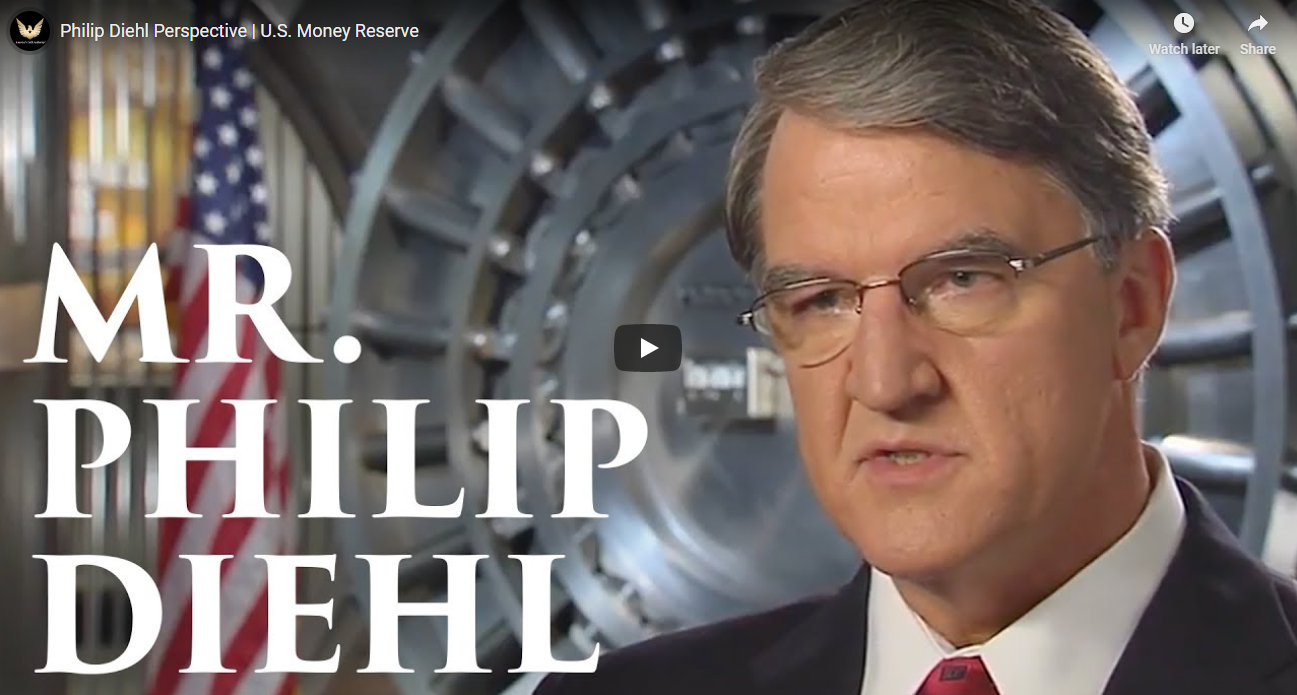 Gain some insight from U.S. Money Reserve President Philip N. Diehl, former director of the United States Mint and Chief of Staff for the U.S. Treasury Department. Mr. Diehl offers some perspective on where gold stands and where he thinks thinks it's going.

Philip Diehl, former US Mint Director and Chief of Staff for the US Treasury Department worked for six years overseeing the nation's official mint facilities that produce United States gold coins. Mr. Diehl speaks firsthand about gold demand in America, the increasing scarcity of the precious metal and where he thinks the price of gold maybe heading.

I really can't venture a guess about how high gold will go. But I'll tell you, this, years ago when gold was below $300 an ounce, I wouldn't have ever guessed it would be at $1,200 an ounce. So, um, you know, who knows which, uh, whether it'll get that high, however, I am convinced that the fundamentals of the market have changed and they've changed in a way that not only support gold at $1,200 an ounce, but support a rally, a continuing rally for the price of gold. There's a lot of people who know more about the gold industry than I do who are predicting $5,000 an ounce. So yes, I think that is possible. I also think it's important to bear in mind that years ago, gold was below $300 an ounce, and today it's at $1,200 an ounce, that's a fourfold increase in the value of gold. Moving between $1,200 an ounce and $5,000 an ounce is also a fourfold increase. So, while no one knows for sure how high this market would go, I think it's entirely possible. I think it's likely that gold will continue increasing in value and it might go as high as $5,000 an ounce.

The U.S. Money Reserve is the only precious metals company led by a former director of the United States Mint, and as one of the largest U.S. gold coin distributors in the country, U.S. Money Reserve has proudly served hundreds of thousands of clients worldwide. There may have never been a better time to start diversifying your assets with physical gold and silver. Call toll free to request the Complete Guide to Buying Gold with hundreds of pages of important information. It takes one phone call to get started. Don't put it off another day. Call now.