How to Protect Against the U.S. Dollar | USMR Market Insights 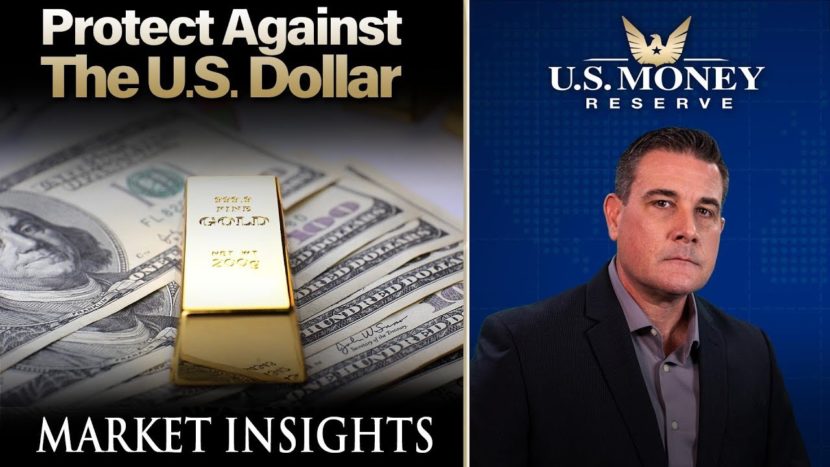 History has proved golds ability to withstand market downturns and recessions in times of economic difficulty. On top of that, gold has shown its purpose as an efficient diversifier but it also serves as a proper way of securely passing generational wealth through the tests of time.

How to Protect Against the U.S. Dollar- Video Transcription

In today's world, many of us know that we have a ton of options in regards to generational wealth. But the concern that most retirees have today that we discuss and have conversations with is, how do you really protect the money that's in sitting inside of those other assets? Such as stocks, bonds, annuities, IRAs, 401k's and even real estate. All of those are still tied to the U.S. dollar. When we start talking about generational wealth, one of the stories I want to share with you is a story that I shared about two or three years ago. When I was much younger, in the year around 2000, my parents were heavily involved in farming and ranching here in South Texas. And during the Y2K crisis, most farmers and ranchers during that time were concerned like most Americans were, that the computer system was not going to roll over.

When that took place, many farmers and ranchers in our community went out and bought gold. My parents had to be one of those individuals and groups of individuals that purchased gold along with my grandparents. My parents acquired roughly two hundred and fifty thousand dollars in gold at that point time and in any year 2000, gold was at a low of around two hundred and forty two dollars an ounce. If you think about real asset protection or generational wealth, a small transaction of two hundred fifty thousand dollars nineteen years ago at today's spot price is roughly worth one point six million dollars. You can look at a lot of real estate and you can look at a lot of stock accounts and you can look at a lot of 401k's and a lot of IRAs. But it's pretty hard pressed to find an asset that can compare in 19 years, moving from two hundred forty two dollars an ounce, to around thirteen hundred dollars today, increasing from two hundred forty two dollars, to making over one point six five million dollars.

Most of us know and believe that in today's world, that the economy of the United States, the debt is still continuing to grow and the money that's sitting in those accounts is really what's at risk. It's not that your stock position doesn't have the ability to grow, but how do you protect the value of the dollars that are sitting in there? Under the next crisis that many expect is fixing to take place, they understand that you are going to lose twice. When the crisis sets in, the price of most stocks will decline. The second phase of that will be that the price of the U.S. dollar will start to decline. Most of us that understand the debt of the United States understand that a big portion of the world is currently pulling away from the U.S dollar. These are the key elements that we have to understand when we start talking about protecting generational wealth.

We have to look for protecting the value of the dollar as it stands today and you have time to do that while the value of the dollar still has some substance behind it currently today. If you'd like to get more information on how to protect your assets for generational wealth, you can pick up U.S. money reserves latest ‘gold information kit‘. So please, click on the link below or call the number on the screen to get your copy. If you find this information useful, we encourage you to like and share this video. And if you're watching us from YouTube, subscribe to our channel, that way you don't miss a single episode. I'm U.S. Money Reserve's, Coy Wells and as always, thank you for watching Market Insights.