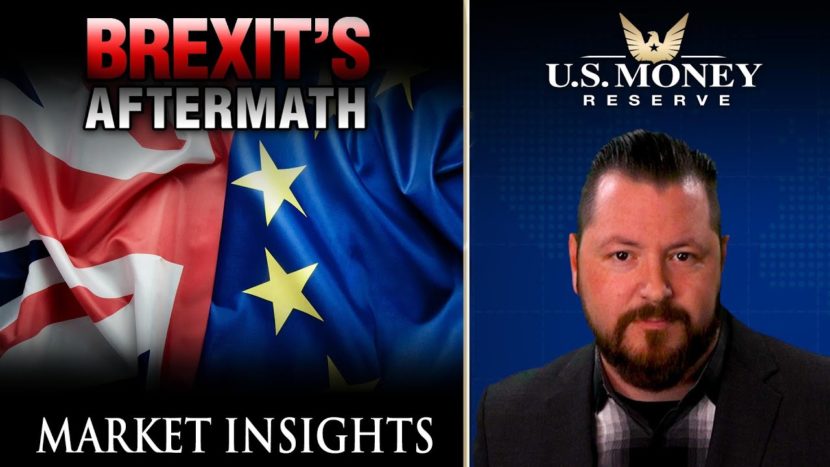 Everyone's been awaiting the uncertain outcome of Brexit and the proposed withdrawal agreement that may or may not come with the UK's departure from the EU. Many American's are concerned as to how this occurrence is going to affect their own country's economy and financial well-being.

Brexit. So Brexit is the idea that the United Kingdom will leave the European Union, but in a stunning result, the United Kingdom voted to do just that in a referendum back in June of 2016. Since then, it's just been talks, disputes, finger pointing and even threats. Just like a typical divorce, if you will. The UK has, well, they've set to leave the EU on March 29th of this year, but that's about the only thing that's been agreed upon, and even that's been pushed off. For months and months, the UK and the EU have been trying to hammer out a divorce deal, but turns out, untangling a 45 year marriage is not as easy as the Brexiters claim it to be. So what is it that's holding up this whole thing? Well, for one, neither side can agree on what to do with the Irish hard border issue, which I'll touch on that in just a second.

But the thing is this, after more than two years of going back and forth, British Prime Minister Theresa May came up with a draft agreement, but when she put it up for a vote in January, British law makers were- they were really quick to reject it. In fact, it was the biggest defeat of any UK government in the modern parliamentary era, but the biggest issue holding things up is this, it's the Irish hard border is what they call it. The Republic of Ireland is part of the European Union. However, the northern island part is actually part of the UK. As of right now, people as well as trade, can move between the two nations very, very easily. But there are fears that could change all of that in a Brexit divorce because they won't be in the same EU trading block anymore. Normally that would require what's called a hard border.

Okay. This is a border similar to what we have here in this country with checkpoints, border crossings and other infrastructure. Those additions could seriously slow down trade and other economic activity. The big question is, why should we care here in the United States? Well, the world's already very dangerous and volatile enough. Some in the United States may worry that the unraveling of the union, which is a vital ally, will unleash more instability. The UK also is America's seventh biggest trading partner. So the bottom line here is, this can lead to a major financial crisis in the UK and the EU and a crisis in that sector could affect us in a very big way. Especially going into an election year and the U.S. already being well overdue for a recession of its own. Over the next few weeks, we're going to be watching the situation very closely and updating you accordingly. But if you'd like to get more information on this topic and how it can affect you, you can pick up U.S. Money Reserve's, latest report, ‘the next recession, here's what it could look like'. It's got a lot of really good info regarding what we can be expecting, should this next recession take place like the experts are telling us. So please click on the link below or call the number on your screen to get your copy. If you're watching from YouTube, please subscribe to our page so you don't miss a single episode. I'm U.S. Money Reserve's, Patrick Brunson, and thank you for watching market insights.