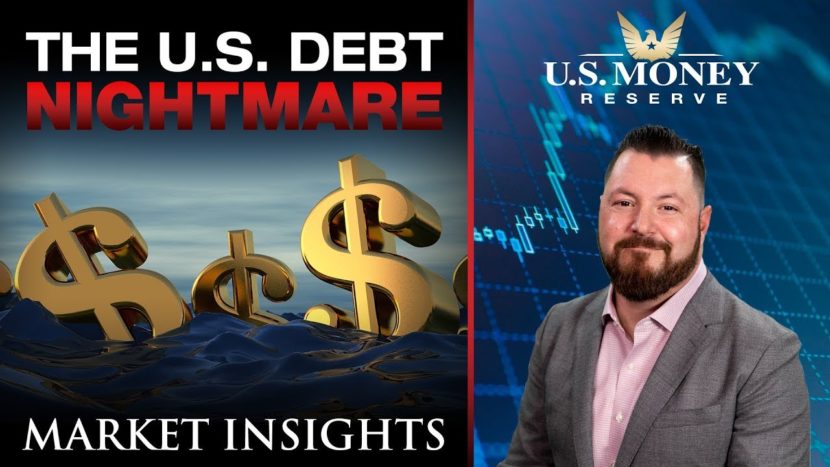 Ten years after our worst economic crisis since the Great Depression, many still haven’t recovered—and neither has our national debt. Our debt nightmare has skyrocketed to an all-time record high of $22 trillion, and many are worried this could be the tipping point for yet another financial calamity.

National debt for the first time passed $22 trillion last month. That's a big scary number that really doesn't pose much of a danger now, but threatens to in the future. The crazy thing is is no one really knows what it means. The amount of U.S. treasuries sold has been rising steadily for decades now, but took a sudden leap in the years after the financial crisis as the U.S. government opened the financial floodgates to try and stimulate economic growth after the great recession. President Obama's administration racked up nearly as much debt in eight years than the entire 232 year history of the country before he took office. He entered with 10 point 6 trillion dollars in total debt and left with the country owing almost $20 trillion. That's an average of almost one point 2 trillion dollars a year. Under president Trump, the debt has also climbed. The $2 trillion increase works out to about 991 billion a year or slightly less than the pace Obama had set previously. But there are more relevant metrics to look at when thinking about the national debt.

One is the percentage of debt as compared to gross domestic product or GDP. That's an important measure because it gauges both the ability the government has to pay its bills through economic growth. But it also helps measure the bang for buck power in terms of how much growth the debt has helped generate. Bottom line, borrowing to finance to wars along with two recessions, sent debt to GDP to 77.3% by the time Obama actually took office. When he left, the level had risen to a 103.6%. Under Trump, there's been only a small uptick in that regard with the level standing now at 104.1%. This means that it is now mathematically impossible for us to pay down the debt, much less pay it off with the current income stream the U.S. government has at their disposal. We have to pay attention to these things as consumers because these are the things that can cause major economic downturns and recessions here in the United States.

So with that said, if you'd like to get more information on this topic, you can pick up U.S. Money Reserve's latest report ‘in debt and out of time'. It talks about the hundred and 84 trillion dollar nightmare that we have globally and how it can affect you in the long term. And it gives you solutions on how to prepare for what's to take place. So please click on the link below and call the number on your screen to get your copy. If you're watching from YouTube, please subscribe to our channel so you don't miss a single episode. I'm U.S. Money Reserve's, Patrick Brunson, and as always, thank you for watching Market Insights.