American Platinum Eagle: Did You Know? 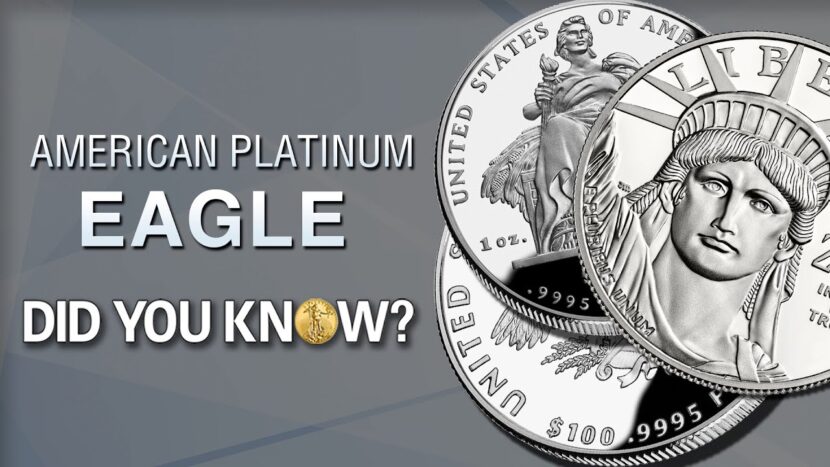 In 1995, former Director of the United States Mint and current U.S. Money Reserve President, Philip N. Diehl, and others began the legislative process of creating a new platinum coin. The only U.S. bullion coin that has a yearly alternating design, this coin is unique in the pantheon of American Bullion for several reasons. If you’re interested in learning more, watch this episode of U.S. Money Reserve’s “Did You Know?”

In 1995, former director of the United States Mint and current U.S. Money Reserve President, Phillip N. Diehl, American Numismatic Association President, David L. Ganz, and Platinum Guild International Executive Director, Jacques Luben, began the legislative process of creating the Platinum Eagle bullion coin. The coin was authorized by Congress in 1996, and first issued in 1997. From 1997 to 2008, the coins have been offered in four different denominations, 1 ounce, 1/2 ounce, 1/4 ounce, and 1/10th ounce. Since 2008, the coin has been offered in the 1 ounce size only. The American Platinum Eagle is the only U.S. bullion coin that has a yearly alternating design. Every design has been part of a theme series, apart from the 2017 design commemorating the 20th anniversary of the coin. As with all bullion coins, the American Platinum Eagle is legal tender with their face value printed on the coin. Although the value is mostly symbolic, it provides proof that the coins are official U.S. coinage. Face values of the American Platinum Eagle are $10, $25, $50, and $100. The 1 ounce Platinum Bullion Coin has the highest face value to ever appear on a U.S. coin. The American Platinum Eagle has become one of the most widely traded platinum bullion coins in the world. Call the number on your screen or click the link below if you would like to learn more about platinum's place in our world and platinum's place in your portfolio.