Why Is Gold an Inflation Hedge?

Gold is primed to maintain a starring role as a store of wealth while fears of inflation grow amid global stimulus efforts that have poured cash into the financial system, according to Barron’s. How has gold developed this reputation over time, and what does the future look like? Learn about the pillars of gold’s status as an inflation hedge.

Gold Can Help Guard Against Decreased Buying Power of Money

Inflation refers to a general spike in prices for goods and services such as housing, food, fuel, transportation, and clothing. If prices of only a few kinds of goods or services increase, “There isn’t necessarily inflation,” according to the Federal Reserve Bank of San Francisco.

In terms of gold and other assets, an inflation hedge guards against the decreased buying power of money stemming from an overall jump in the price of goods and services.

“In gold markets, investors look at ‘real’ interest rates, subtracting the benchmark rate from the inflation rate. If that rate turns negative, as it has recently, gold shines,” Barron’s reported in April 2020.

Research published by the World Gold Council after the height of the financial crisis shows that when central banks leave interest rates too low for too long or pump too much money into the economy, they risk triggering a sharp uptick in the inflation rate. If the inflation rate goes up, the Council notes, then traditional inflation hedges like gold, commodities, real estate, and inflation-linked bonds “are likely to outperform other mainstream financial assets.”

Gold Can Offer Returns When Other Assets Can’t

The World Gold Council found that between 1974 and 2008, there were only eight years when U.S. inflation was high (exceeding 5%). In those years, gold prices jumped by an average of 14.9% year-over-year, outdistancing assets such as bonds, equities, and other commodities.

By contrast, in 21 years of moderate inflation (between 2% and 4.9%) and six years of low inflation (below 2%) between 1974 and 2008, gold posted only “mildly positive” real returns, according to the Council’s research.

“Gold has a role to play both as a tactical inflation hedge and as a long-term strategic asset,” the Council reports.

An April 2020 report from the World Gold Council notes that the benefits of certain portfolio hedges were underscored during the Great Recession, the European debt crisis, the 2018 pullback in the stock market, and the economic upheaval of 2020.

“Gold stands out as a key portfolio component when identifying a long-term portfolio diversifier. Historically, gold has shown that it acts as an effective hedge and a useful part of the larger [risk] picture,” the Council says.

Compared with financial assets, gold is a “real” asset that lacks credit or default risks, and that is buoyed by high inflation, according to the Council’s report.

“This is why, in terms of cumulative and annual returns, real assets like gold and silver have performed best over the past 20 years,” the Council reports.

Gold Is Viewed as a Reserve Currency

Moving forward, Peter Schiff, CEO of Euro Pacific Capital, warns that the Federal Reserve is creating an environment that could precipitate an “inflation tax.” As the U.S. dollar continues to wane, gold may very well replace it as the de facto global reserve currency, believes Schiff.

The Economist points out that several experts, including researchers at Morgan Stanley and hedge fund manager Ray Dalio, predict a surge in inflation amid worries about the influx of stimulus funds pushing up prices. Against that backdrop, people are drenching the gold market with money as a hedge against inflation, The Wall Street Journal reported in May 2020.

“All real assets will benefit from higher inflation, but gold is more than just a real asset; it is the monetary asset of choice,” Diego Parrilla, a managing partner with Spain’s Quadriga Asset Managers, told The Wall Street Journal. “In the battle of the currencies, gold will win.”

Could your portfolio use a little more hedging? Let’s talk about the power of precious metals. Call U.S. Money Reserve today for a one-on-one consultation.

END_OF_DOCUMENT_TOKEN_TO_BE_REPLACED 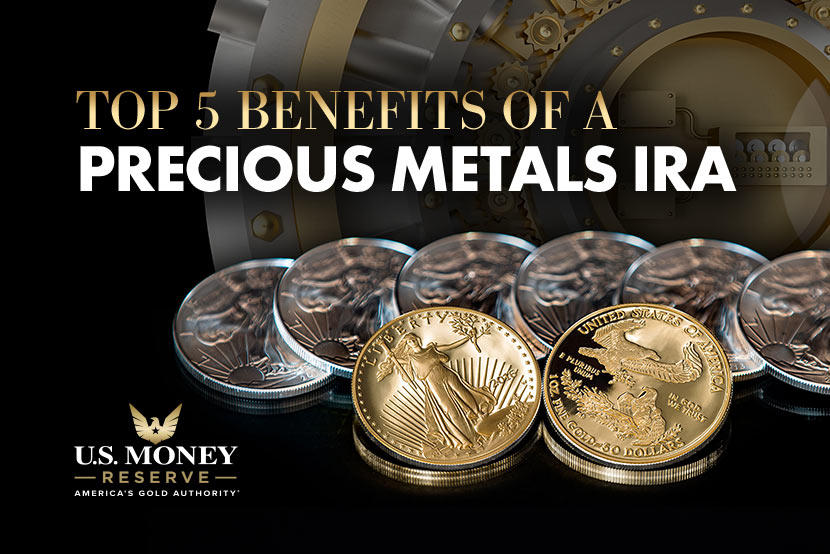 In addition to having an adequate amount of insurance coverage (home, health, auto, life, etc.) and a hearty emergency fund, being financially prepared for retirement may be one of the most important things you can do to protect your savings. Some people, especially...