Why Is Gold Rallying? 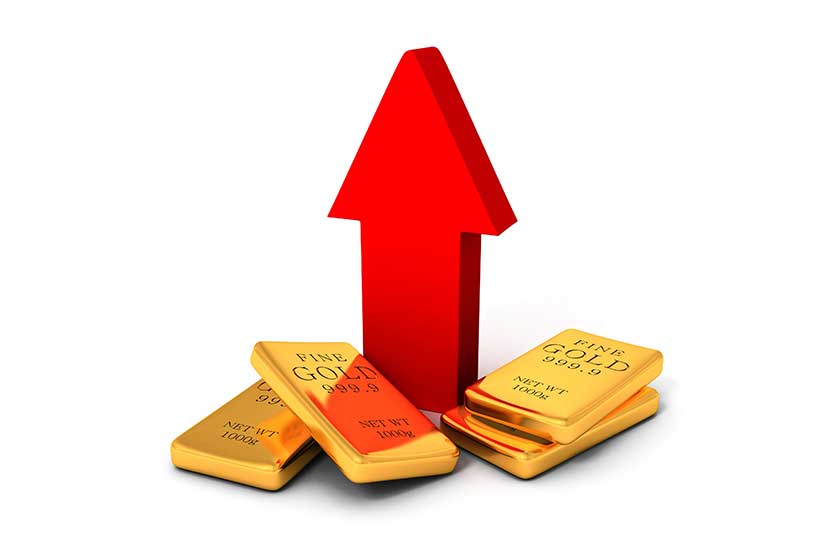 This matter draws great interest because such lending practices could lead to delivery obligations rising to levels significantly higher than gold stocks can support.  Moreover, because these lending arrangements often are linked together in contractual chains, if one link in the chain breaks (by a party failing to meet its delivery obligations), the ability of other firms in the chain to deliver could be imperiled. Just the possibility of these events happening could drive up gold prices, and some observers believe these concerns underlie gold’s $50 jump over the past 48 hours.

Speculation about big banks lending their gold is nothing new and has been readily dismissed as just another gold bug conspiracy theory. I don’t subscribe to conspiracy theories, but this one, I’ve never dismissed. I’m not going to make the full-blown case for why, but I’ll give you a few things to consider:

In its prospectus, SPDR Gold, by far the world’s largest gold ETF, assures investors that it does not lend the immense stores of gold warehoused by its custodian bank, HSBC. However, the accuracy and completeness of SPDR Gold’s prospectus, unlike other publicly traded companies’, is not subject to review by any federal or state regulatory authority. Moreover, SPDR Gold investors are not afforded the legal and regulatory protections that investors in most other financial markets receive. My view of SPDR Gold’s assurance follows Ronald Reagan’s rule: Trust but verify. There’s no way to verify SPDR Gold’s claim.

Beware anytime too-big-to-fail (TBTF) banks like HSBC, Goldman, and Morgan Stanley move aggressively into a market where they take a middleman position and trade on their own accounts while trading for their clients. Read Michael Lewis’ The Big Short to see how Goldman made this trick work for them with mortgage-backed securities while triggering the 2008 financial meltdown. By the way, HSBC not only holds gold for SPDR Gold but can also trade on its own accounts.

Trust us. We have your gold.

There’s precedent for a TBTF bank misleading clients to believe it held physical gold on their behalf. The gold ETFs have figured out a way to do this without being inconvenienced, like Morgan Stanley was, by the prospect of civil suit or criminal prosecution.

How is it possible for ETFs to have dumped 650 metric tons of gold this year and yet physical gold supplies are so tight that premiums have reached record levels? And how is it possible that demand for physical gold is so strong and supplies so tight, but prices fell $500 an ounce from January to June? Adam Smith would be scratching his head. Come to think of it, maybe Ben Bernanke’s right. Who DOES understand gold prices?

I can see two possible explanations for the combination of massive ETF sales and tight supplies. (1) ETFs sold huge quantities of gold to a few very large buyers at bargain prices. The only buyers who seem to fit the bill are central banks (CBs), most likely emerging market CBs. (2) The assets gold ETFs sold were not physical gold, a possibility since gold ETFs hold only a (unknown) portion of their assets in physical gold.

Central banks are star players in many conspiracy theories about gold, most of which are fanciful. However, there’s a scenario where CBs would have a strong incentive to make a bear raid on gold. If a TBTF bank or banks were endangered by bad bets against gold, the CBs would probably prefer saving them via a bear raid on gold than bailing them out through above-the-table programs like TARP and the interest-free loans that followed the 2008 crash. In this way gold owners would bail out the banks, not taxpayers, and it would all be accomplished through “impartial market mechanisms” rather than politically messy government subsidies and other market interventions.

The crash, a godsend.

Last winter some of the TBTF banks placed big bets against gold. As market middlemen, they were in a unique position to take an early read on why gold prices were set to fall. But they couldn’t have foreseen the extraordinary physical demand that would develop in the spring in India and Asia. When physical demand spiked, their bets against gold didn’t look so smart. Those bets were big but who knows whether they were big enough to threaten any of the TBTFs. However, the mid-April gold crash made their big shorts very profitable, and as fate would have it, a rumor about the CBs was the spark that triggered the April crash. The rumor, which proved to be unfounded: European central banks would be forced to sell gold to deal with the euro zone debt crisis.

We’re getting our gold back. Eventually.

The CBs have played another role in the conspiracy theories. In January the German CB, the Bundesbank, decided to bring home a large part of its gold reserves held by the Fed. The Bundesbank took this action in the face of intense political pressure and public skepticism that Germany’s gold was actually in the Fed vaults. The Fed had fueled the controversy by refusing to allow an audit of the German gold. So, the Bundesbank decided to repatriate a portion of its gold–over a span of eight years. The long delay led to more speculation that the Fed needed years to unwind its gold positions without disrupting gold markets. Moreover, unwinding those positions would put less stress on the system if gold were cheaper, say, $1200 an ounce rather than $1700 an ounce.

So what are we to make of all this? Here’s one take-away: Gold ETFs are another financial innovation, like mortgage-backed securities, designed by the brilliant minds on Wall Street to put themselves in position to read market signals before the rest of us and, in certain situations, affect markets in ways that benefit themselves at the expense of others, including their own clients.

You’d think this would be illegal. In many cases it’s not — because the banksters have written the laws to redefine their behavior as business-as-usual.