Why Gold Prices Can Remain Resilient, According to the World Gold Council

Home » Gold » Why Gold Prices Can Remain Resilient, According to the World Gold Council 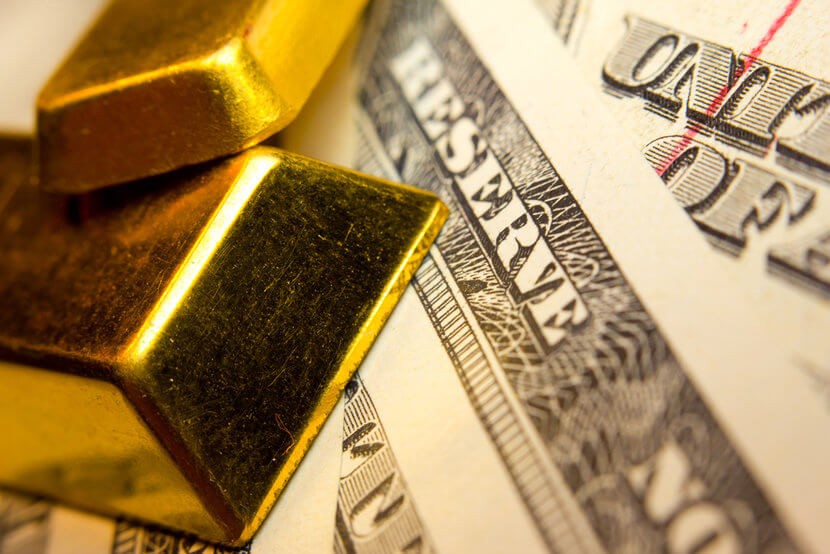 Gold has had a pretty favorable year. Despite tempered buying across China, India, and many emerging central banks, the price of gold has “risen close to 20%” this year, notes the World Gold Council (WGC). This price increase is due, in part, to shifting perspectives on normalizing U.S. interest rates as the Fed has teetered back and forth on whether the economy is healthy enough to raise rates. As the central bank leaned toward forgoing a rate hike this year, “the dollar weakened and the gold price rose,” a reaction that was also supported by concerns over U.S. inflation and a general demand for safe-haven assets.

Fed Chair Janet Yellen has hinted at the fact that the economy may be strong enough to withstand interest rate increases by the end of 2016, though no clear timetable has been set. This has made some gold buyers nervous. “Gold is highly sensitive to increases in U.S. interest rates, which can lift the opportunity cost of holding non-interest-bearing gold,” reports CNBC. In collaboration with commodities analysts at Capital Economics, the WGC says not to worry. Should the Fed tighten its grip and raise rates, the two organizations anticipate that that the price of gold will remain resilient for the following three reasons, as outlined in the October issue of Gold Investor Report.

Reason #1: Nominal interest rate increase is “unlikely to be a game-changer”

If the Fed raises nominal interest rates, notes the WGC, it will do so gradually and to only a low level. Doing so isn't likely to harm gold prices for long since “real interest rates” are what matter most when it comes to “determining the opportunity cost of holding an asset like gold,” reports the WGC.

Looking back, the Fed raised nominal interest rates in December 2015 from a range of 0% to .25% to a range of .25% to 0.5%, per CNN Money, with minimal long-term impact on gold. Just after the rate hike, Reuters reported that gold “held gains,” remained “steady,” and had an overall “muted reaction.” This increase was the first in almost ten years.

Fortunately, “the effect on the gold price was short-lived and it actually rose in subsequent months as other drivers took over,” notes the WGC. Regardless of what the Fed decides to do with nominal interest rates in 2016, the WGC anticipates that real interest rates will remain at “historically low levels” and that gold will prove to be just as resilient as it was in December 2015.

The WGC does not forecast other central banks following suit if the Fed implements a rate hike. This is one of the key reasons gold prices have “held up well” in 2016, according to its report, and why prices will continue to do so despite ongoing rumors about U.S. interest rates.

Fed Chair Janet Yellen may be feeling optimistic, but other countries don't appear to be as confident. Monetary policy across key international economies is not expected to tighten, but to stay relaxed. In other words, many countries still feel that their economies aren’t as strong as they need to be, and they’re willing to stimulate economic production, consumption, and employment by artificially increasing the availability of money and credit in the marketplace.

“Indeed, monetary policy in the Eurozone, the U.K., and Japan will remain loose for the foreseeable future,” predicts the WGC, “and additional stimulus is likely in the coming months, particularly following the economic and political uncertainty generated by the U.K.'s vote to leave the European Union.”

Additionally, two other international economic factors are likely to continue to offer support for gold: negative government bond yields across Japan and most of Europe, along with Japanese rates falling deeper into negative territory.

How? “Lower interest rates reduce returns from high-quality (low-risk) bonds and assets that compete with gold,” says Philip N. Diehl, President of U.S. Money Reserve. “When interest rates approach zero, or go negative as they are now doing in some economies, money flows from bonds into gold, raising gold prices.”

Reason #3: Additional shocks could be near

In an era of global political and economic uncertainty, additional shocks are rarely far off. In the near future, there's significant risk that Brexit will “prompt a resurgence of the debt crisis in the periphery of the Eurozone as other countries may decide to break away from the EU,” reports the WGC. As a whole, the situation remains unprecedented, with no template to follow or historical data to rely on. Plus, the U.S. presidential election has everyone on their toes, at home and abroad, and could very well prompt a “fresh bout of global political uncertainty.” 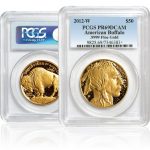 “For those of us who buy and hold for the long term, it's best to put our gold in a safe place and ignore the volatility,” says Philip N. Diehl, President of U.S. Money Reserve. Due to their grading and rarity, certified gold coins can achieve greater potential when held for long periods of time and can be ideal for the type of gold ownership Diehl is referencing. By nature, the scarcity of certified coins allows for their increased potential. Call 1-844-302-1589 today for live pricing and exclusive access to vault inventory.

Gold has already demonstrated its appeal as a safe haven this year, notes the WGC, and is likely to continue to do so. “With Brexit-induced economic and political uncertainty likely to persist for some time, we think the precious metal will remain in high demand,” it says.

“Demand for gold as a safe haven asset remains elevated”

“Going forward, lingering global risks should ensure that demand for gold as a safe haven asset remains elevated even in light of Fed tightening,” affirms the WGC. No matter the economic situation, gold is a powerful asset to have in hand. It has proven to have a low correlation to other assets over many decades, “is a long-term store of wealth, and it tends to outperform during periods of heightened uncertainty,” adds the WGC's director of investment research. As complex and multi-faceted as gold can be, it can still serve as one of the easiest ways to diversify your portfolio and safeguard your wealth. Call 1-844-307-1589 to speak with a knowledgeable Account Executive about the benefits of holding gold today.