Why China’s Secret Gold Binge Is an Overt Buy Signal 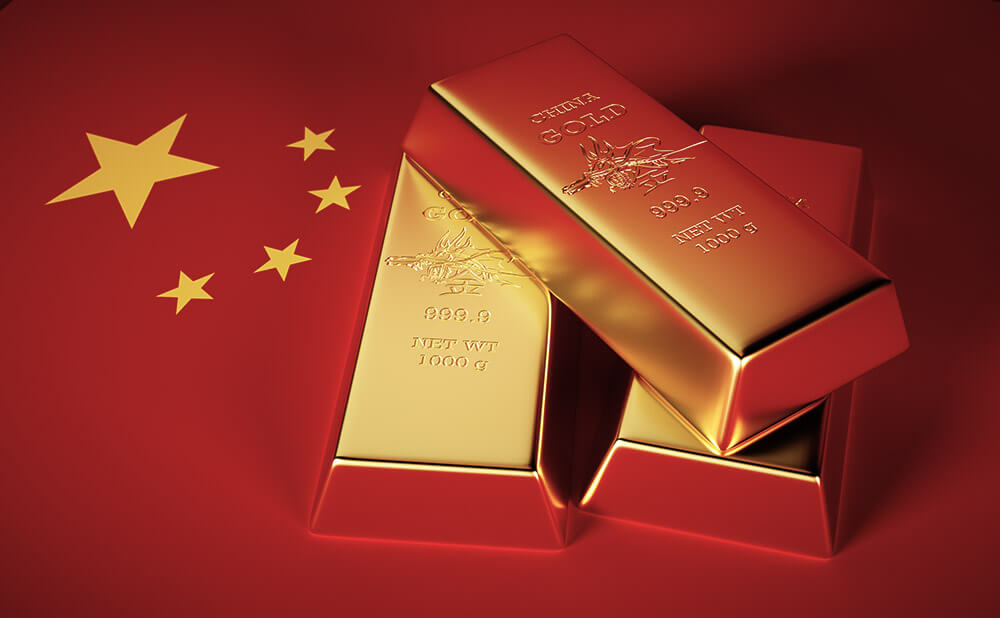 China has been buying a lot of gold lately. As a matter of fact, they’re acquiring the yellow metal at a record pace.

In March, the People’s Bank of China added 11.2 metric tons to their gold reserves. They added 9.95 metric tons in February, 11.8 in January, and 9.95 in December of last year. The latest figures put their gold holdings at more than 60 million ounces—earning them a place alongside the U.S., Germany, Italy, France, and Russia as having some of the largest gold stockpiles in the world.

Chinese leaders are decidedly guarded when it comes to their economy and capital investments, and their track record of disclosing gold acquisitions is spotty at best. They often go years without reporting additions to their reserves. So when we get word that the world’s second–largest economy is in the midst of a gold–buying binge—it’s significant.

There are many reasons China would add to their physical gold reserves, including gold’s appeal as a store of wealth and a safe–haven asset, as well as its crucial role in currency diversification and capital preservation.

But let’s not forget that China is also grappling with a downturn. Their economy expanded at a rate of just 6.6 percent last year, the slowest since 1990. And they’re likely feeling the sting of U.S. tariffs, waning demand for Chinese manufactured goods, and a global economy that is quite simply losing steam.

It’s no coincidence that other central banks are getting in on the action. As a matter of fact, we’re in the midst of the biggest gold reserve grab since 1971.

Ironically, that was the year of “Nixon Shock”—when President Richard Nixon toppled the financial world order by ending the U.S. dollar’s convertibility to gold. The move essentially caused the dollar to float as its value became subject to foreign exchange demand, Fed policy, and the fluctuations of financial markets. The price of gold subsequently rose more than 14 percent that year—and by the end of the decade, it soared more than 1,000 percent.

We continue to live with the consequences of an unpegged buck because the end of the gold standard opened the door to currency manipulation, devaluation, sovereign debt, asset bubbles, and big banks with too much power and too little accountability. In many respects, this left gold as the last asset standing—and one of the few things left with an intrinsic value.

Last year, governments around the world added more than 650 metric tons of gold bullion to their reserves—the second highest increase on record. This year, China is in the midst of a historic gold buying spree that has secretly pushed their reserves to new heights. Clearly economic uncertainty, market volatility, and the Fed’s dovish turn are in play.

As the world’s top producer and top consumer of gold, China in particular going on a buying spree is a very bullish sign for the precious metal—and perhaps the strongest “buy signal” of the last several years.