Salute Their Sacrifice: Why We Celebrate Medal of Honor Day 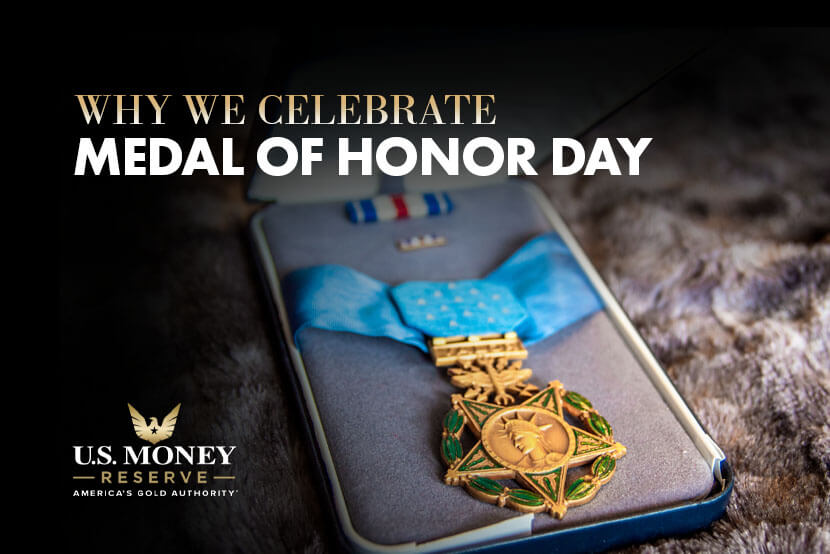 Warmer weather, spring break, blooming flowers—there’s so much to celebrate in March, but not all of it is fun and games. Medal of Honor Day is March 25, and it’s an important day that deserves every American’s respect and attention. Learn why we honor the day and what you can do to pay tribute.

What Is Medal of Honor Day?

The Medal of Honor—also known as the Congressional Medal of Honor—is the highest award a member of the U.S. armed services can receive for valor in combat. Congress often presents it to those who went above and beyond the call of duty on the battlefield.

In 1990, Congress designated March 25 of each year as National Medal of Honor Day. President George H.W. Bush signed the bill, providing another avenue for honoring Medal of Honor recipients’ heroism and sacrifice in the U.S.

How Is Medal of Honor Day Being Observed in 2021?

Planning is underway for the National Medal of Honor Museum, set to open in 2024 in Arlington, Texas. The Museum Foundation is also working on establishing a Medal of Honor monument in Washington, D.C., to recognize the fewer than 4,000 recipients of the medal.

Well-Known Recipients of the Medal of Honor

Of the thousands of Medal of Honor recipients, many deserve a special mention. They include:

The Army accounts for more Medal of Honor recipients than any other branch of the U.S. military: over 2,400. More than half of those medals (1,522) were awarded during the Civil War. President Abraham Lincoln established the Medal of Honor in 1862. Just a few Medals of Honor have been awarded since the Vietnam War.

“The Medal of Honor is the only U.S. military award worn around the neck as opposed to being pinned on the uniform. Among other privileges, Medal of Honor recipients receive invitations to attend presidential inaugurations and accompanying festivities,” according to Washington, D.C., TV station WETA.

The U.S. Treasury Department authorized the U.S. Mint to issue as many as 100,000 gold $5 coins and up to 500,000 silver $1 coins to commemorate the establishment of the Medal of Honor in the 1860s. These gold and silver coins are produced in both proof and uncirculated versions.

“The designs are emblematic of the traditions, legacy, and heritage of the Medal of Honor and the distinguished service of its recipients,” the U.S. Mint explains. The Mint released the $5 and $1 coins in 2011.

You don’t have to personally know a Medal of Honor recipient to pay tribute on March 25. Share the meaning of the day with friends and family and call U.S. Money Reserve to learn more about our gold and silver coin series that pay tribute to American heroes.