What Is a Piedfort Coin?

Home » Coins » What Is a Piedfort Coin? 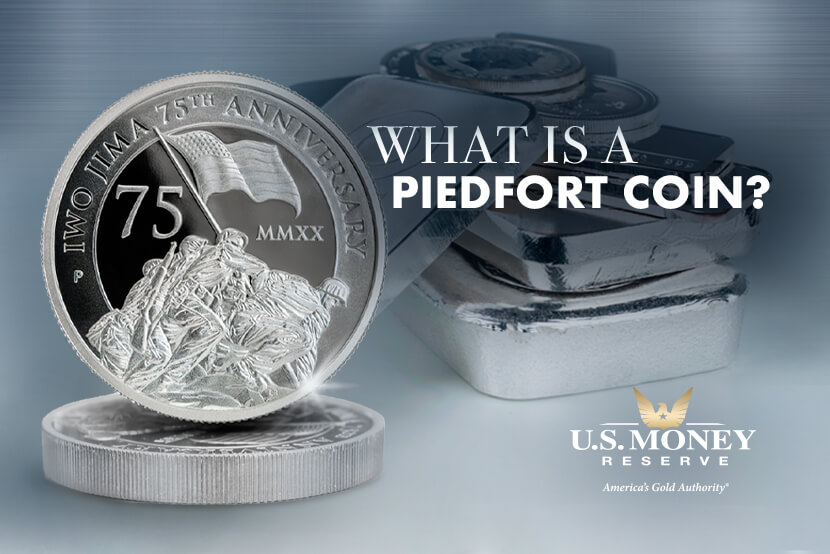 It’s a coin that prompts a double-take in more ways than one. First, there’s the name: Piedfort. Then, there’s the size: Piedfort coins are typically the same diameter as traditional coins but twice as thick.

So what exactly is a piedfort coin?

Let’s begin with the name. The word piedfort is French and means “heavy measure” or “heavy weight.” As you’ll find out, it’s an appropriately descriptive name for these super-sized coins!

What about that size? It’s thought that the piedfort coin owes its heft in part to the importance of keeping such coins out of circulation as legal tender. Engravers produced and distributed them to regional mints as a way to demonstrate what the finished coins should look like—a practice that ended in the late 16th century—and the additional thickness made an excellent safeguard against these pattern coins mixing in with official monies.

It’s been speculated that many early ancestors of today’s piedfort coins were returned to engravers and scrapped. It’s an unfortunate loss of coin history that helps underscore the appeal of today’s piedforts: What was once lost to history is available to us again.

There’s another reason for the Piedfort coin’s size, one that followed the more practical application developed by engravers. Wealthy and powerful members of society distributed them as gifts—gifts that had the additional benefit of demonstrating the giver’s wealth.

Thickness aside, a piedfort coin’s front and back display the same imagery as its standard counterpart.

“The coins are created with the same dies as the regular, circulating coins, but pressed onto planchets two to three times thicker than the regular-issue,” according to the American Numismatic Association. “[Piedfort] coins are somewhat like the Ultra-High Relief 1907 $20 Saint-Gaudens Double Eagle coin which also has a relative thickness of two times the standard planchet size.”

The result is a coin with double the precious metal weight but the same exceptional artwork that graces some of the world’s most popular coins.

As a French word, piedfort is pronounced “pee-AY-fore.” For English speakers, “PEED-fort” is acceptable.

What you can’t call these coins, however, is ordinary. While traditional bullion coins remain popular, piedfort coins offer a:

For these reasons and more, piedfort coins are worth another look beyond the initial double-take they inspire.

Compare a Piedfort Coin to a Standard Coin

The magnitude of a Piedfort coin comes to life when you compare it to a standard or regular coin. Refer to the table below for a comparison between the 2 oz. Proof Silver Piedfort Iwo Jima 75th Anniversary coin and a 1 oz. Silver American Eagle coin. (Both are available for purchase through U.S. Money Reserve!)

The exceptional design and inspirational American story behind the imagery on the Iwo Jima 75th Anniversary 2 oz. Proof Silver Piedfort coin adds to its prestige.

The iconic image is inspired by Joe Rosenthal’s famous photograph of U.S. soldiers raising the American flag at the Battle of Iwo Jima during World War II. The coin’s obverse image honors America’s wartime allies Australia and Great Britain with a portrait of Queen Elizabeth II.

Coupled with its .9999 purity—the highest purity of silver available—this is a coin destined for your portfolio. Contact U.S. Money Reserve to buy this remarkable piedfort coin today.