What Is a Mint Mark on a Coin? 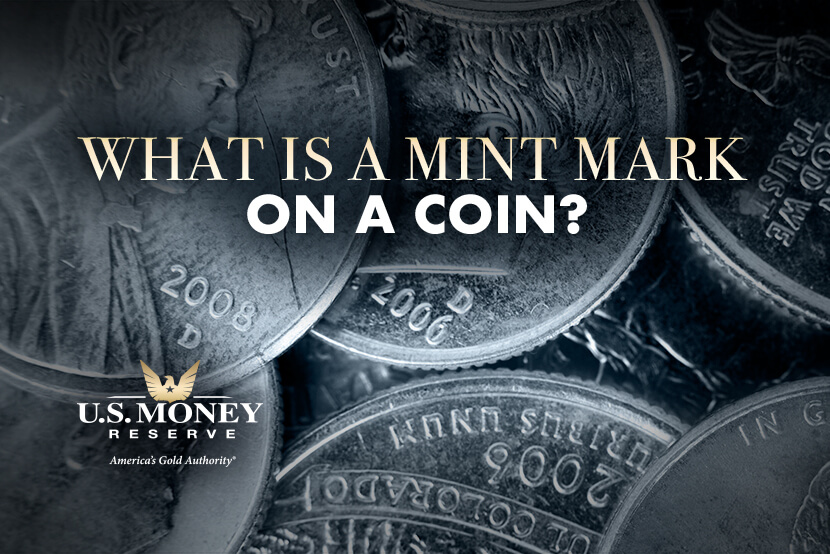 Are these letters an arcane initialism? Secret message? Online coupon code? These letters are none of the above! S, W, D, and P are mint marks you’re likely to see on American coinage.

A Coin’s Mint Mark Notes Where It Was Made

What is a mint mark on a coin? The mint mark lets the coin’s owner know the U.S. location where it was produced.

Remarkably, even the absence of a mint mark can also answer that question.

In addition to providing a convenient way to diversify your wealth portfolio, gold and silver coins offer precious metals buyers a view into our nation’s history. For example, not every mint mark is still used today. Some have been retired.

See the retired mint marks for Charlotte, Dahlonega, and New Orleans? During the U.S. Civil War, the Confederacy seized those mints. The Confederacy refashioned the Charlotte location into a hospital and military office spaces once they abandoned coining operations.

The West Point Mint provides another historical take. This one focuses on the nation’s coinage. The “W” mint mark may as well stand for “win.” After all, the West Point Mint produced our nation’s first platinum and palladium coins (American Eagle Platinum and American Eagle Palladium Coins) in 1997 and the first gold and bimetallic coin (the Library of Congress Commemorative Bimetallic $10 coin) in 2000. It’s an impressive list for a relatively young U.S. Mint facility—West Point didn’t become a mint until 1988.

A Coin’s Mint Mark Can Provide Insight into Its Availability

Do you have a regular-issue Saint-Gaudens Double Eagle Gold Coin bearing the mint mark “1927-D?” If so, congratulations: You belong to a club with about 15 members.

That’s because even a generous estimate of the number of regular-issue Saint-Gaudens Gold Double Eagles bearing the mint mark “1927-D” known to exist tops out at 15. Some estimates are even less!

A Coin’s Mint Mark Can Protect You

It’s a sad fact of life that bad actors engage in fraudulent activity. It’s an enormous problem in the art world, for example. (Did you hear about the fake Jackson Pollock painting that netted $17 million?)

Frauds can even hit the coin market. A faked mint mark can take a $20 coin and pump its price tag up to more than $700 by adding an “S,” according to Spruce Crafts.

Fortunately, you can easily equip yourself with details about mint marks to avoid such blunders. You can research specifics of the mint mark, including which years appear on what coins and the coins’ composition.

Want to shore up your detective skills? Start by learning how to read the label on a certified proof coin. It might one day help you avoid purchasing fake gold.

Generally speaking, people appreciate knowing where the items they own come from. Whether it’s an automobile “Imported from Detroit,” a smartphone “Designed by Apple in California,” or any of a dozen big-name brands made in the U.S., the maker location provides information about a product’s authenticity and reliability.

At U.S. Money Reserve, we understand this. It’s one reason we make client education a priority. We know an informed buyer helps to be a protected buyer, one able to identify a precious metals company that stands behind their gold and silver coins and bars. Education offers a level of peace of mind that can be difficult to find today.

When you’re ready to add to your portfolio, you can call on our experienced Account Executives. They will help you select only the highest-quality gold and silver coins for your needs. Call 1-844-307-1589 to learn more today.