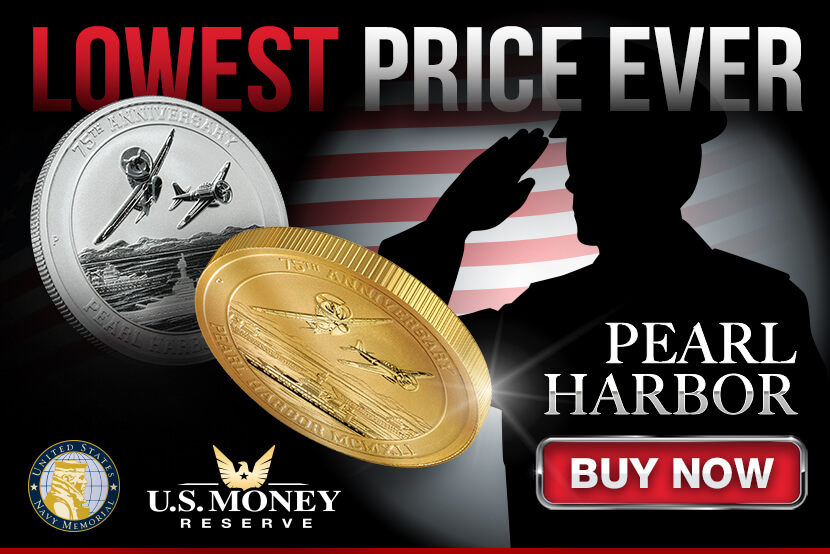 December 7, 1941, set the stage for America’s entry into World War II and a victory that thwarted European and Asian aggressors bent on global domination. It’s a date that has lived in infamy ever since, just as President Franklin D. Roosevelt proclaimed it would in his heraldic speech to the American people on the following day.

There’s another date, too, which plays an important role in the story of Pearl Harbor and that of America. It’s October 13, 1775, the day the United States Navy was established.

This year, we honor the Navy’s birthday with our lowest prices ever on Pearl Harbor Gold and Silver Coins* and a look back at our partnership with the U.S. Navy Memorial Foundation.

This family of gold and silver commemorative coins was struck at Australia’s renowned Perth Mint, and from day one, a portion of the proceeds went toward the raising of a Lone Sailor Statue in Honolulu, HI.

Philip N. Diehl, President of U.S. Money Reserve and former Director of the U.S. Mint, personally oversaw the production of these coins, from the design to their official release on March 1, 2016.

U.S.S. Arizona survivors and their families were honored in Washington D.C. with the presentation of a 75th Anniversary Pearl Harbor Silver Coin. The honorees, Ken Potts and Donald Stratton, recounted their memories of Joe George, a special sailor who unknowingly saved their lives during the attack on Pearl Harbor.

George’s boat, the U.S.S. Vestal, was connected to the U.S.S. Arizona at the time of the attack. Instead of cutting the rope that attached the two boats, George threw a weighted heaving line from the Vestal to the Arizona. His quick thinking saved six men from certain death. George passed away before he was officially honored for his bravery.

Ken Potts, Donald Stratton, and George’s daughter were each presented with a Pearl Harbor Silver Coin during the ceremony. 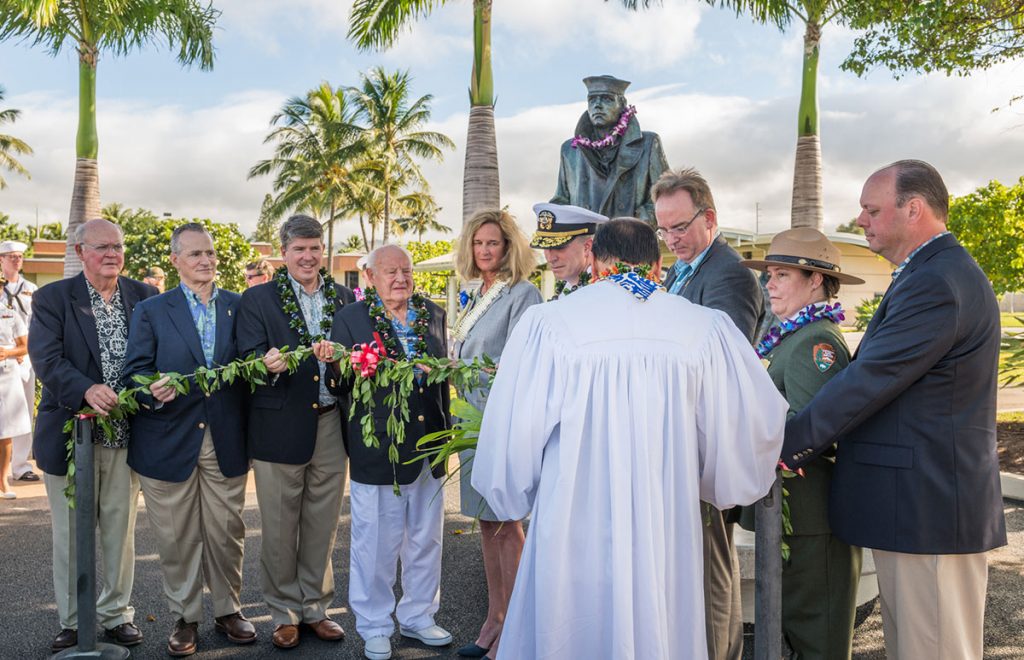 The much anticipated Lone Sailor Statue was raised at Pearl Harbor on October 13, 2017, the U.S. Navy’s 242nd birthday.

The base of the statue includes steel from the U.S.S. Arizona, one of the ships sunk by the Japanese on the “day that will live in infamy.”

“Our company feels truly privileged to have helped with the construction of the Lone Sailor Statue,” said Philip N. Diehl, president of U.S. Money Reserve, at the unveiling ceremony. “We must remember that our dedicated and patriotic customers also played a role in this monumental event.”

“The Lone Sailor Statue is a patriotic symbol of appreciation to the brave men and women in the Sea Services who voluntarily risk their lives to protect freedom,” added Angela Koch, CEO of U.S. Money Reserve. “The Lone Sailor is the iconic image of the U.S. Navy Memorial. It embodies honor, respect, and devotion to duty. We feel honored to help solidify America’s appreciation into a beautifully sculpted statue.” 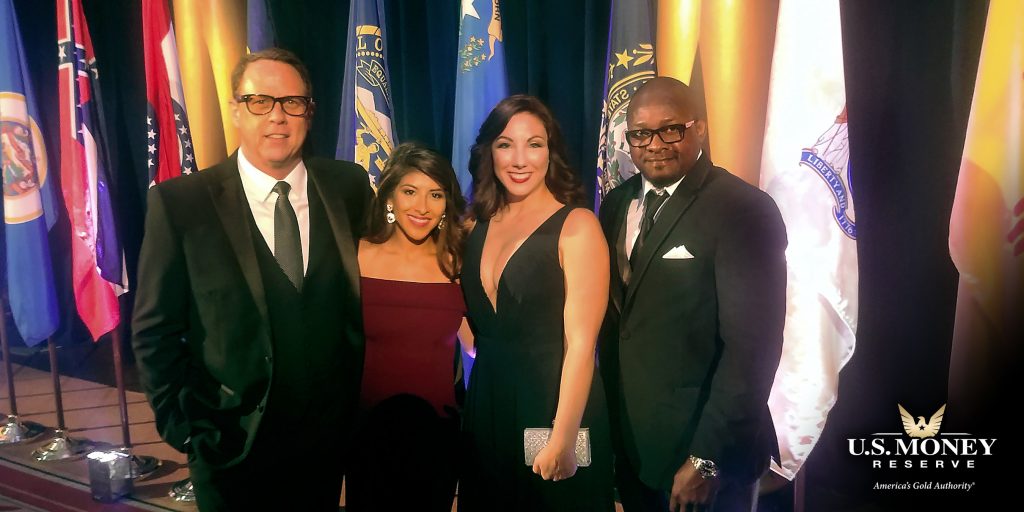 The Foundation presents the Lone Sailor Award to Sea Service veterans who have distinguished themselves, drawing upon their Sea Service experience to become successful in their careers and lives, while demonstrating the Navy’s core values of honor, courage, and commitment.

“We truly value our relationship with the U.S. Navy Memorial,” said Christol Farris, vice president of media at U.S. Money Reserve. “It’s special to partner with an organization who allows us to share our immense appreciation for our country’s servicemen and women.”

October 2018: You’re Invited to Be Part of the Story

This is your chance to make history. Join forces with U.S. Money Reserve and the U.S. Navy Memorial Foundation and buy Pearl Harbor Gold and Silver Coins for your family—at our lowest prices ever.*

A portion of the proceeds from every Pearl Harbor Coin sold is donated to the U.S. Navy Memorial Foundation. Don’t miss your chance to save before it’s too late.