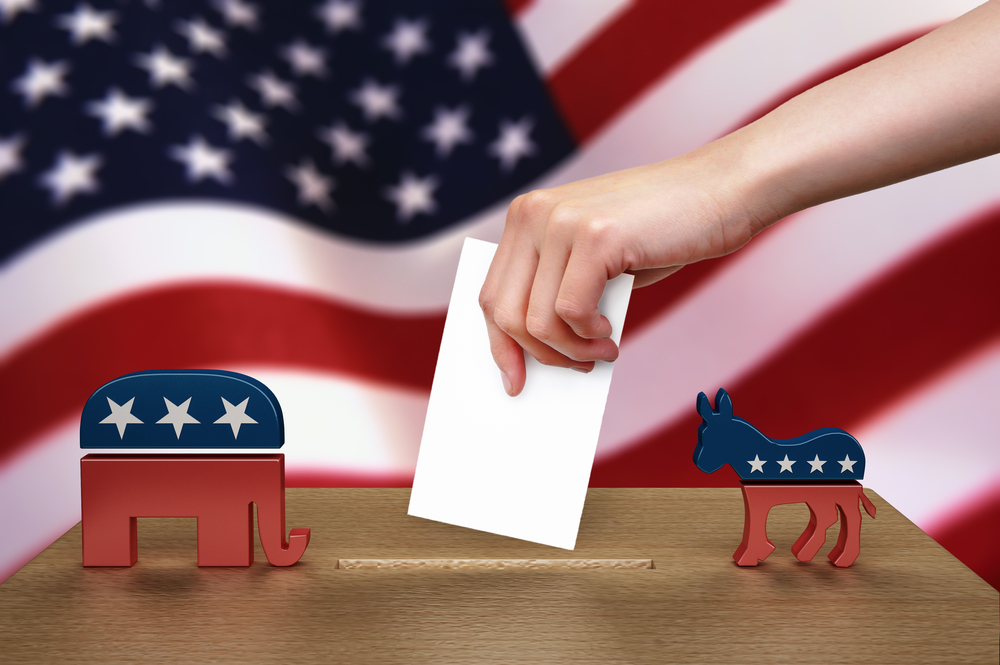 Get ready for the toxic TV commercials, mounds of election mail, and—depending on where you live—door-to-door vote trolling. The midterm elections are now mere months away, and while there’s a lot on the line for both political parties, there is even more at stake for U.S. consumers, particularly those watching their nest eggs.

The midterm election is the epic political battle that occurs at roughly the halfway point of a President’s four-year term. It is a seismic vote that decides the balance of Congress as both House and Senate seats are up for grabs. And in 2018, history is against President Trump and the Republicans.

Since 1934, only three of 21 midterm elections have favored the sitting President’s party. Franklin Roosevelt picked up nine House seats in the midst of the Great Depression. Fueled by high approval ratings, Bill Clinton picked up House seats in the 1998 midterms. And in a post-911 mandate, George W. Bush picked up seats in the 2002 election.

On November 6 of this year, all 435 seats in the House of Representatives and 35 seats in the U.S. Senate will be contested. The Democrats need to flip 24 seats to take control of the House and just 2 seats to take control of the Senate—while of course hanging onto all their incumbents. There are 48 House seats that are considered “competitive” and 7 Senate seats that have been deemed “toss-ups.” These numbers vary—of course—by week, by month, by headline—and by which poll you read.

Democrats are looking to flip Republican seats in districts where Hillary Clinton outperformed Donald Trump. Similarly, Republicans are targeting Democrat seats they consider vulnerable in the heart of Trump country and various conservative strongholds that the President carried with comfortable margins.

The math favors Democrats—as does political precedent and electoral history—but they are facing a strong economy, low unemployment, and an exploding GDP narrative. On the other hand, the Republicans are encumbered by what many consider to be a polarizing President with a penchant for controversy and political incorrectness—and one who is dogged by an interminable Russian collusion investigation.

If the Democrats take over Congress, the Trump agenda will likely be dead in the water: no border wall, no tax cuts, no more slam-dunk court and/or agency nominees, and there will likely be increases in social welfare funding, banking and business regulations, and impeachment chatter. None of these are conditions for a booming business cycle.

Then again, if Republicans maintain control of Congress, look for an increase in political polarization that could tear the country apart. Earlier this year, The New York Times compared the potential election fallout to the social crises of 1968, stating that “the relative calm may be like an unexploded bomb, its volatility not so much defused as contained by the thought that Trump Republicans will be punished in the Nov. 6 midterm elections.” In a similar comparative, the Smithsonian deemed 1968 “The Year that Shattered America” as various movements in civil rights, human rights, and social protest came to a head.

The comparative is a weighty one, as 1968 marked the end of a postwar economic boom and saw the last gasp of the Bretton Woods monetary system. It was the year of a full-blown currency crisis, the collapse of the London Gold Pool, and the breakdown of dollar-to-gold parity. Gold’s price subsequently rose by over 22 percent, as “the country,” according to U.S. News & World Report, “seemed to be having a nervous breakdown.”

So whether the upcoming election reflects a surging blue wave or a rising red tide, there are very real risks to the markets, the economy, and your money. We are in a reactionary climate where uncertainty and instability can suppress earnings and devour profits. We are at a hinge point in history where obstruction can take down a recovery, disruption can impede economic growth, and political “blood sport” can dramatically reshape the financial landscape.