Home » Headline Gold News » The Vietnam Conflict: A Salute to Those Who Served and Endured

A Salute to Those Who Served and Endured 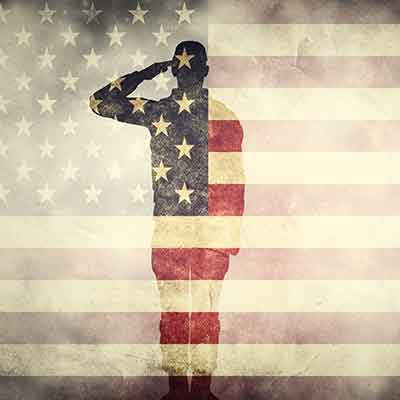 On March 29, 1973, the last combat troops were withdrawn from Vietnam and the last known prisoners of war arrived back home. It is fitting that today the nation honors and remembers those who served in the Vietnam War by celebrating Vietnam Veterans Day.

It has been dubbed America’s ‘Unpopular War.’ It was long and costly and spanned the regions of Vietnam, Laos and Cambodia. Also known as the Second Indochina War, it lasted some twenty years as the Communist North Vietnamese and the Vietcong battled for control over West-leaning South Vietnam and its principal ally, the United States.

Survivors told tales of a fanatical enemy that would attack from all sides. There were professional North Vietnamese units equipped with Chinese and Soviet sub-machine guns as well as armed civilians that engaged in guerilla warfare using booby traps, landmines, tunnels and ‘Punjis’—contaminated spikes hidden in pits.

In his iconic song “Goodnight Saigon” singer Billy Joel immortalized the struggle of American recruits training on Parris Island and then deploying to Vietnam:

“Remember Charlie
Remember Baker
They left their childhood
On every acre
And who was wrong?
And who was right?
It didn't matter in the thick of the fight.”

The Vietnam conflict was dubbed ‘someone else’s’ war, and as the costs and the casualties mounted, protests erupted across the country demanding the withdrawal of US troops. By 1973, all U.S. combat units had pulled out and by 1975, South Vietnam fell to the North. Many U.S. soldiers came home to hostile mobs and anti-war chants. Some were even refused service in restaurants. These veterans were treated with more disdain and disrespect than any others in American history and to this day—many struggle with post-traumatic stress disorder and other mental health issues.

Vietnam Veterans Day recognizes the extraordinary sacrifice of these Americans. It is a day expressly reserved for the courageous men and women who put everything on the line for their country in places like Saigon, Ho Chi Minh, Hamburger Hill, An Loc and Leatherneck Square. It is a day to recognize all those who served during a difficult time in U.S. history, and particularly to honor those who never received a proper welcome home over 40 years ago.

The fate of nations and the tides of war often ride on the shoulders of heroes and honoring our veterans is an American tradition. Their willingness to uphold and defend our freedom has allowed us to endure. Without them, history’s most infamous villains would have prevailed. Without them, rogue states and renegade nations would have been victorious. Without them, future generations of Americans would never have been as free.

In the spirit of veterans across the country and armed conflicts throughout time, U.S. Money Reserve presents a combat masterpiece in solid gold. The 75th Anniversary Pearl Harbor Gold Coin not only memorializes one of the most notorious attacks in modern history but venerates the countless tales of valor in the Pacific and beyond. Pearl Harbor precipitated America’s entry into World War II and our national response served as a model for American strength and resilience for generations to come.
This is numismatic magnum opus! Each gold coin is government-issued, IRA eligible and authorized legal tender. Struck in 24-karat gold, the coin’s vivid detail captures the clear skies and still waters of that infamous Sunday morning back in 1941. The volcanic peaks of Oahu are visible just beyond the dipping wings, smooth cockpits and whirling propellers of two Japanese fighter planes. It is a moment frozen in time, a 'day of infamy' forever captured in the polished purity of timeless and enduring gold.

From Vietnam Veterans, to Pearl Harbor survivors, and Medal of Honor recipients—we are proud to honor and salute our American heroes with this special “limited edition” gold bullion coin. It is easy to own and a treasure to hold. Click here for more information.