The Dog Days of Economic Growth 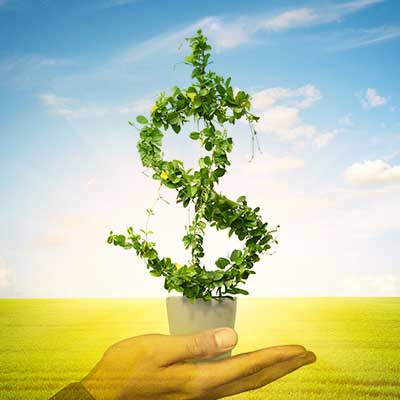 The summer solstice describes the moment when the sun is the highest in the sky. Its rays are angled directly overhead and are at the pinnacle of power. It also represents the turning of the wheel of the year. It’s a tipping point and in the Dog Days of 2017, things have started to topple.

It has not been a “summer of love” for the U.S. dollar. The greenback declined against most major currencies in the first half of 2017 and on Friday, slumped to a 10-month low. So far this year, the USD is down 8% against the surging Euro and an astonishing 13% against the Mexican peso. After rising on the prospects of tax reform and infrastructure spending, the dollar has succumbed to the reality of political partisanship and a distracted White House.

And then there is the curious case of the Fed. Citing concerns about stubbornly low inflation, Fed Chair Janet Yellen is sounding oddly dovish. In her testimony to Congress last week, she seemed to dial back expectations for stepped-up monetary tightening:

"We continue to anticipate that it will be appropriate to raise the target range for the federal funds rate when the Committee has seen further improvement in the labor market and is reasonably confident that inflation will move back to its 2 percent objective over the medium term.”

The persistent weakness in inflation has suddenly undermined the case for hawkishness and undercut the argument for aggressive monetary tightening. For most Fed watchers, this has all but taken a September rate hike off the table.

While soft inflation data seems to have surprised the Fed, the dip in retail sales has surprised everyone else. Spending at department stores, supermarkets, service stations, and sporting goods outlets fell in June for a second straight month. Americans also spent less at bars and restaurants. U.S. shoppers are simply not parting with their money and since consumer spending makes up more than 70% of the economy, this clearly sets off alarm bells.

Spending and consumer confidence are by far the most important catalysts of economic growth. If they slow too much, a recession could follow.

Several theories have been put forward to explain the pullback in spending, including low-wage growth, overly cautious baby-boomers, lingering financial stress, delayed deflationary buying, and the online shopping explosion. While all of these are viable, what’s perhaps more worrisome is that spending typically contracts during times of economic and political uncertainty which brings us to the stymied and stonewalled Trump agenda.

Despite promises to fix Obamacare—now besieged by folding co-ops, fleeing insurance providers, and double-digit premium increases—no legislation has been passed into law. After campaigning on comprehensive tax reform to slash rates, stimulate business activity, and jump start economic growth—no tax plan has been put forth by the new administration.

Obamacare in its current form has resulted in higher costs, higher deductibles, higher premiums, and fewer choices for millions of Americans. Since healthcare spending makes up 20% of the U.S. economy, without a solution, we risk decimating the American consumer and undermining the economy. Likewise, the United States has the third highest corporate tax rate in the world. Taxes are crushing small businesses which, according to the Small Business Administration, provide 55% of all jobs and account for 66% of all net new jobs since the 1970s. Without comprehensive tax reform, America’s job engine could stall.

It’s hard to see how the economy moves forward without a healthcare fix and a tax relief plan. And the endless disruptions, distractions, and delays coming out of Washington do not bode well for either agenda item.

True to its safe haven attributes, gold thrives in environments like this. It is highly resilient in the face of a weak dollar, a dovish Fed, reduced spending, a wary consumer, and a dysfunctional government. While red-tape and rigmarole continue to reign in D.C., gold has stepped up to provide a safe haven in the face of fiscal uncertainty and on-going political paralysis.

So, in this summer of stagnant growth and partisan deadlock—the solstice continues to be a symbol of renewal. It is a celebration of strength, a release of old patterns, and a definitive call to action. Likewise, gold persists as the quintessential hedge. It is a lasting store of wealth, a powerful diversification tool, and a timeless protector of savings.