The Case for Buying Gold, Despite Market Conditions- Part III 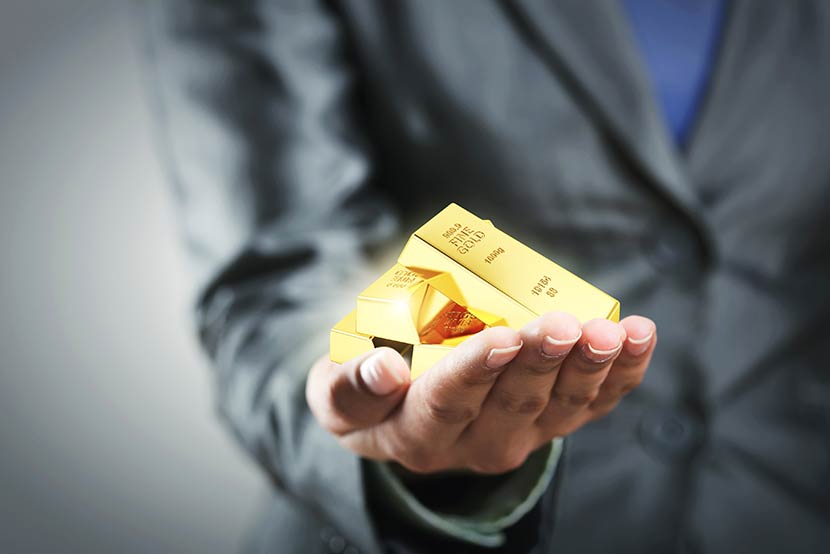 I’ll start by summarizing my last post about gold’s mid-April loss of $200+, then address the cause of another $200 an ounce loss in mid-June.

What new information did the market learn that warranted a $200+ hit in April?  Did the market discover that the world economy was finally emerging from the wreckage of the 2008 financial collapse?

No. U.S. economic data suggested modest growth, but we had seen that before, and each time, the Fed’s optimism proved to be premature. There was no more reason for optimism this time around, especially since Congress had removed tens of billions of dollars from the U.S. economy by increasing taxes and cutting spending in the Fiscal Cliff deal, then reduced spending again when it failed to avert sequestration. Moreover, the sovereign-debt crisis in Europe remained unresolved, the first signs of a slowdown in China began to emerge, and Japan remained mired in its two decade-long economic slump. All of this suggested that economic growth around the world would continue to be weak.‎

Did the market suddenly discover that the Fed’s loose money policies were not going to lead to higher inflation as expected? No. In fact, the only new information was that Japan was jumping on the loose-money bandwagon and the Chinese might do so as well to counter a slowdown of its economy. Both developments supported gold.

Did the market discover that ETFs were suddenly selling their gold holdings?  No. ETFs began selling gold in December, and by April the market had already discounted those sales by giving up $100 an ounce. Moreover, strong demand for physical gold in India and China was offsetting ETF sales.

So what new information did the market receive that warranted a $200+ decline in mid-April: a bogus rumor that European central banks might sell some of their massive gold reserves.  (I discussed this in some detail in my last post.)  Did prices rebound when the rumor proved untrue? No. After a modest bounce, gold settled back to around $1400 an ounce until mid-June.

Gold and many other asset classes took a beating in the wake of the Fed’s mid-June announcement about ending the third installment of its quantitative easing program, QE3.  But the market gave too much weight to the Fed’s words about ending QE3 and too little to the conditions under which the Fed would do so. The statement was clear that reducing QE3 was contingent on evidence of stronger economic growth, saying if the numbers didn't support that conclusion, QE3 would continue unabated.

The statement about ending QE3 relied on a surprisingly optimistic economic forecast. Since the beginning of the Great Recession, the Fed has repeatedly underestimated the economy’s weakness and overestimated the strength of its apparent upturns, only to be proven wrong and having to extend QE to keep the economy afloat.

The Fed seems incapable of learning the lesson of these blunders, and once again, its forecast is too optimistic. The Chinese economy is weakening, the European economies are as depressed and fragile as ever, Japan continues to struggle, and the U.S. economy is making only slow progress and is vulnerable to economic weakness here and abroad.

Most troubling, the U.S. has done nothing to reduce the risk posed by the too-big-to-fail banks that brought the global financial system to the brink of collapse and forced taxpayers to bail out those banks at a cost of several, perhaps many, trillions of dollars. The fact is there is no good accounting of the bailout’s total cost.  And today the banks are bigger than ever.

The market reaction to its mid-June statement was so negative the Fed was forced to clarify that QE3 would not end until there were clear signs of stronger economic growth. With this clarification, the Dow Jones and the S&P recovered about half of their losses sustained following Bernanke’s statement, but gold remained between $1200 and $1250 an ounce.

What can we say in summary about gold’s $400+ declines in April and June?  The losses were caused by a rapid exit from gold ETFs triggered by (1) a false rumor that European central banks were going to sell gold and (2) a poorly constructed statement by the Fed Chairman misinterpreted as indicating the Fed would begin exiting QE3 in the fall. Despite the fact that these catalysts were (1) wrong and (2) the result of a misunderstanding that was soon clarified, gold made no recovery from its $400 loss.

Who benefited from this result? Follow the money. The two biggest winners were the bullion banks that hold ETF gold and had placed bets against gold. These banks are the same too-big-to-fail banks we bailed out four years ago. Who else benefited? The Western central banks, especially the Fed, who could have been forced to prop up these banks, again, if their big bets against gold had gone bad.

When I started this discussion, I said that understanding what triggered this year’s sharp decline from $1700 an ounce to $1200 an ounce was crucial to understanding why now is a good time to buy gold. The market overreacted to information that was wrong or misinterpreted, and the resulting sharp declines in gold prices just happened to benefit big players who had bet against gold. In a word, gold has been driven deep into bargain territory.

My next post will start a series about the forces I think will drive a new bull market in gold for years to come.