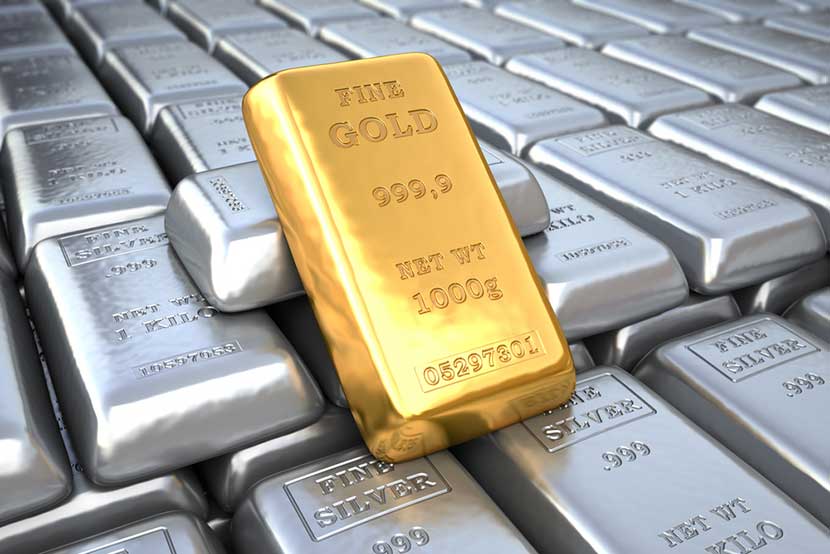 Silver slipped sharply from an 11-month peak on Thursday as a rebound in the dollar prompted traders to cash in earlier gains, while gold also fell from a five-week high hit after comments from the European Central Bank drove the euro higher.

The euro zone common currency jumped as much as 1 percent against the dollar after ECB chief Mario Draghi said the bank’s policies are working to stimulate economic recovery. However, it failed to maintain those gains, sparking a retracement across precious metals.

The 19-market Thomson Reuters CoreCommodity Index fell as much as 1.2 percent after rallying to a 4-1/2-month high, with oil prices reversing early gains and the U.S. dollar turning higher against a basket of other major currencies.

The head of the ECB robustly defended the bank’s policy of printing money and keeping borrowing costs at rock bottom and said interest rates would stay at current record lows for a long time.

“I don’t think the market received the signals they were looking for about near-term softening,” said Philip Diehl, president of U.S. Money Reserve.

“In fact, Draghi made very optimistic comments about how he thinks the European economy has stabilized.”

While the metals were struggling to maintain their early rally, positive sentiment for commodities in general are underpinning gold and silver, Commerzbank analyst Carsten Fritsch said.

“I see some correction potential in the short term after strong gains in recent days and weeks,” he said. “(But) not much, I think – the general environment is still positive for gold and silver.”

Silver broke above key chart resistance last week and reached its most expensive versus gold in six months on Thursday.