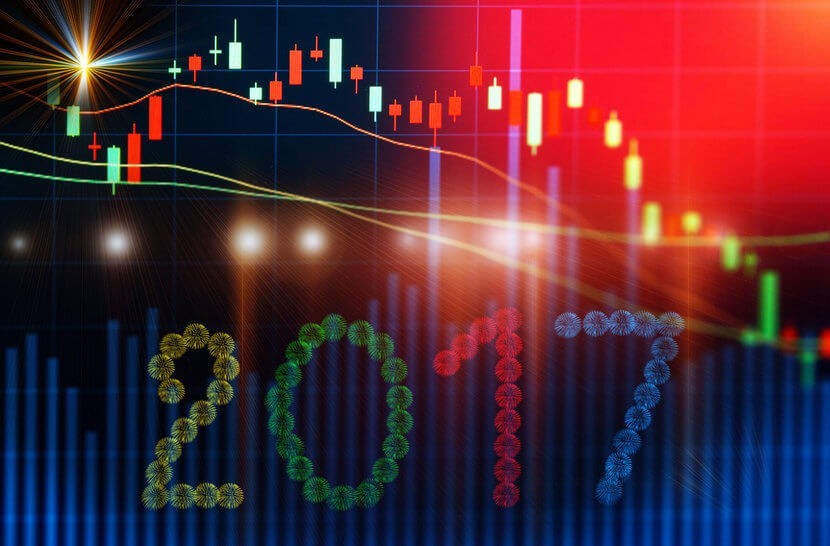 The year 2016 was undeniably interesting on many levels. Britain cast a monumental vote to leave the European Union, Russia allegedly hacked U.S. political party operations, multiple countries faced (and are facing) serious currency chaos, and Trump claimed the U.S. presidency, much to many people's surprise. In so many ways, 2016 was a roller coaster year that was mirrored in gold's performance.

“After rallying more than 30 percent in the first half, the precious metal stalled in the days before the U.S. election, then retreated on a weekly basis, under pressure from a strengthening dollar and tightening monetary policy,” writes Business Insider. So where could gold and its silver sister be headed in 2017? Find out as we detail the top six risks that could move the precious metals market in 2017.

Gold and silver have traditionally been sought after as safe havens during times of economic uncertainty, which is a concept many analysts have come to associate directly with Donald Trump. Former U.S. Treasury Secretary Lawrence Summers says that stockholders, bankers, and the like are “being far too sanguine about the risks associated with Donald Trump's incoming administration” and that the U.S. is in store for “extraordinary uncertainty.”

According to Philip N. Diehl, President of U.S. Money Reserve and former Director of the U.S. Mint, “Treasury yields, equities, the dollar, and consumer confidence have all soared since Election Day. In Donald Trump, Americans elected a bull. But come Inauguration Day, Trump will enter a china shop.”

This is the largest ideological transition we've seen in the U.S. over the last three quarters of a century, adds Summers, and “those kinds of transitions have to be — given the central role of the U.S. in the global system — matters of enormous uncertainty. I don't think that's fully recognized by the markets.” More uncertainty typically means more support for proven safe havens like gold and silver.

Interest rate increases in 2017 could make for a bearish market for precious metals buyers. Analysts surveyed by Bloomberg predict bullion could dip below $1,000 an ounce in 2017, “particularly if the Federal Reserve raises interest rates three times next year and Trump makes good on his pledge to boost infrastructure spending to spur economic growth.”

However, the likelihood of interest rate hikes remains to be seen. Ronald Stoeferle, the most accurate predictor among the precious metals forecasters tracked by Bloomberg last quarter, says that gold “will rally to $1,422 because the Fed may turn out to be more dovish than expected, which would mean an acceleration of inflation that boosts the appeal of gold.” 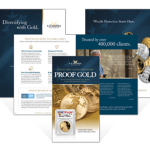 The new year is a perfect opportunity to enrich your understanding of precious metals, especially if one of your resolutions is related to building a healthier financial future for your family. Sign up now to receive U.S. Money Reserve's one-of-a-kind Gold Information Kit. It's completely free and includes special offers, diversification strategies, and a precious metals guidebook.

Gold's rarity is one of the key reasons it's so highly sought after around the globe and for most of recorded human history, which is a quality that silver may soon share. The demand for silver is set to “skyrocket over the next five years” as solar panel manufacturing increases and sustainability initiatives expand on an international scale, reports global research associates at Capital Gold Group.

Though demand is set to increase, supply hurdles persist. According to Kitco, analysts expect the amount of silver extracted from the ground to decline in 2017. The price of silver could rise as supply becomes increasingly restricted.

There could be a spike in U.S.–China tensions due in part to Trump's policies, but also due to a leadership change on the Chinese front. “Increased protectionist policies and the potential for a trade war between Trump's administration and China may help push gold higher,” reports Commerzbank AG analysts via Bloomberg.

Complicating matters, Chinese President Xi Jinping could be “more likely than ever to respond forcefully to foreign policy challenges” and to “overreact” to any sign of economic trouble, reports Eurasia via Bloomberg.

Some of the U.S.'s greatest allies will face an uptick in challenges through 2017. From Greece's financial troubles to Brexit negotiations, French elections, and delicate relations with Russia and Turkey, Europe is likely to encounter greater hurdles and potentially weaker leaders.

According to Time, “Angela Merkel has proven indispensable for Europe's ability to manage crisis in recent years,” but after her likely re-election in 2017 “she'll emerge as a weakened figure. This will leave Europe with no strong leadership at all.”

Additionally, “demand for bullion would get a boost if elections in Europe see gains by anti-establishment parties,” according to Commerzbank AG analysts via Bloomberg.

#6: A Pause in International Economic Progress

“Don't expect a surge in needed economic reforms in 2017,” reports Time. India and Mexico have accomplished all that they can for now, writes Time, and in France and Germany further reform will have to wait until after coming elections. China, too, faces a leadership transition towards the end of the year. Turkey, Britain, and South Africa are also “fully occupied at the moment with domestic political challenges.” Such instability and uncertainty on an international scale could point towards year round support for precious metals.

“It could be a bumpy ride ahead”

“Prepare your portfolios now because it could be a bumpy ride ahead,” writes Kitco's Kira Brecht. Even though the future is filled with unknowns, the experienced and knowledgeable Account Executives at U.S. Money Reserve do their best to explain the potential factors influencing gold and silver prices for the day using up-to-date market news, plus the factors that could influence prices in the future. Call U.S. Money Reserve at 1-844-307-1589 for a free one-on-one consultation that's directly related to your financial goals for 2017. Take steps to safeguard your wealth today!