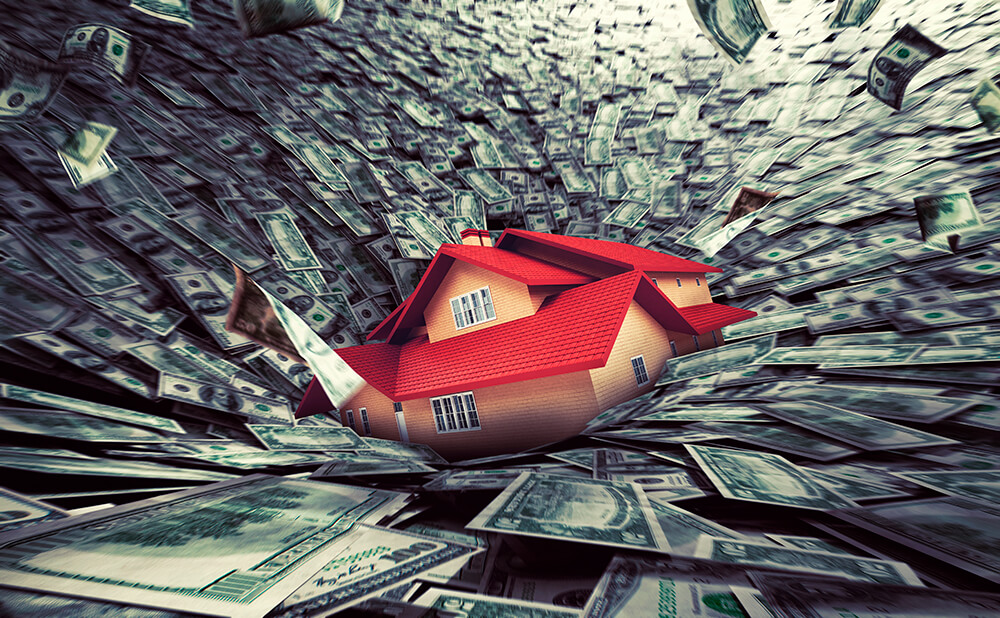 “You got this!” a current Quicken Loans TV commercial declares as a bewildered couple walks through a real estate open house. “It can be as simple as push button, get mortgage,” the announcer continues.

Quicken Loans is now America’s largest residential mortgage lender, but they’re not a bank, and they don’t take deposits—nor do they sell investments or financial products. They’re a non-bank lender located in Detroit, Michigan, and they have become a major industry disrupter.

With the Quicken Loans online platform, one can essentially apply for a mortgage while watching TV or eating dinner. As the recognized leader in digital lending, Quicken Loans has not only made the process more convenient, but they have also dramatically hastened approvals—sometimes it takes just a matter of minutes. And they deliver a much shorter overall loan process.

How is this possible? Automation has reduced the time it takes to collect information and to review and underwrite loans. But there’s more to fast approvals than DocuSign and e-signatures. Because they’re not subject to the stringent regulations levied against traditional banks, non-bank lenders are more likely to fund consumers with lower FICO scores and weaker credit. And these lenders typically sell their mortgages to investors through a process called securitization, or a repackaging of assets into investable securities.

Sound familiar? While they’ve streamlined the home loan process, digital lenders have simultaneously exposed themselves to subprime risk—that same funding gamble that decimated the banking industry a decade ago.

And because these digital lenders are not subject to federal banking regulations, they cannot avail themselves of the federal safety net of insured deposits or the ability to borrow from the Federal Reserve in the event of a crisis. They are, in essence, taking on the peril of imperfect borrowers without the resources to weather mass defaults.

In a symposium hosted by the Kansas City Fed back in 2007, economist Paul McCulley first used the term “shadow bank” to describe non-bank institutions that use short-term funds to cover longer-term loans. He cautioned about “systemic risk” and “a run” on what he dubbed “‘the shadow banking system’—the whole alphabet soup of levered-up non-bank investment conduits, vehicles, and structures.” At the onset of the coming tsunami of downgrades, diminished liquidity, downside risks, and bankruptcies, McCulley warned that Wall Street was “taking a financial bath on dud mortgages, dud structured products, and dud leveraged buyouts, fueled by old-fashioned greed.”

Twelve years later, a new surge in subprime lending in the form of sleek apps and shiny landing pages from Quicken Loans, PennyMac, and Loan Depot has caught the wary eye of Mad Money’s Jim Cramer. “These companies came out of nowhere,” Cramer points out. “They now control about half of the current mortgage market—that’s a trillion dollars’ worth of mortgages a year.” And many of them, he contends, are “making home loans that could collapse in value.”

Make no mistake, if non-bank home loans do collapse in value, the entire financial system could again be on the hook. The U.S. government will have to cover losses insured through federal loan programs—and U.S. consumers will likely have to bail out non-banks, just as we rescued the traditional variety more than a decade ago.

Last year Bloomberg reported that “America never made up the growth it lost in the 2008 global financial crisis and the recession it triggered—U.S. households are still counting the cost.” That cost is estimated to be about $70,000 in lifetime income. So as we continue to grapple with the price tag, let’s not miss the critical lesson. Non-bank lending helped fuel the 2008 financial crisis, and the hulking $52 trillion online mortgage industry—which is more than twice the size of our national debt—could very well be the flashpoint of a new subprime collapse.

With home price growth now dipping to the lowest levels in seven years, that sinking feeling has returned. We can sit back and watch events unfold as many did more than a decade ago, or we can protect our net worth by diversifying our holdings with arguably history’s most reliable safe haven—physical gold.