The Anatomy of a Coin: Proof American Eagle Gold Coin 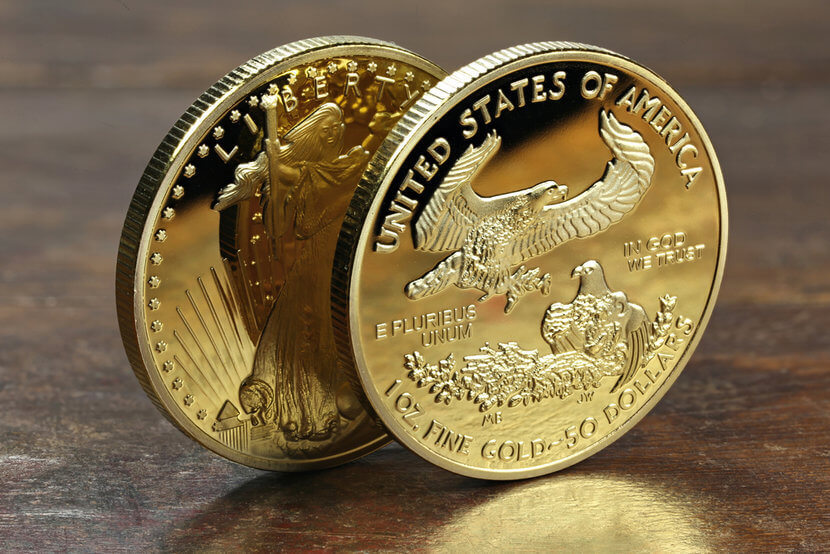 When’s the last time you picked up a coin and really looked at it? You probably first noticed its condition, then its design. If you didn’t give it any more thought than that, you missed out! There’s a treasure trove of information on a coin, from its inscription to its motto. When you understand the various parts of a coin and the terminology to use, you can better communicate with other coin holders, as well as appreciate your own pocket change and portfolio of gold coins. Follow along as we explain the main parts of a coin, using a Proof American Eagle Gold Coin as an example.

Parts of a Coin: Terminology to Know 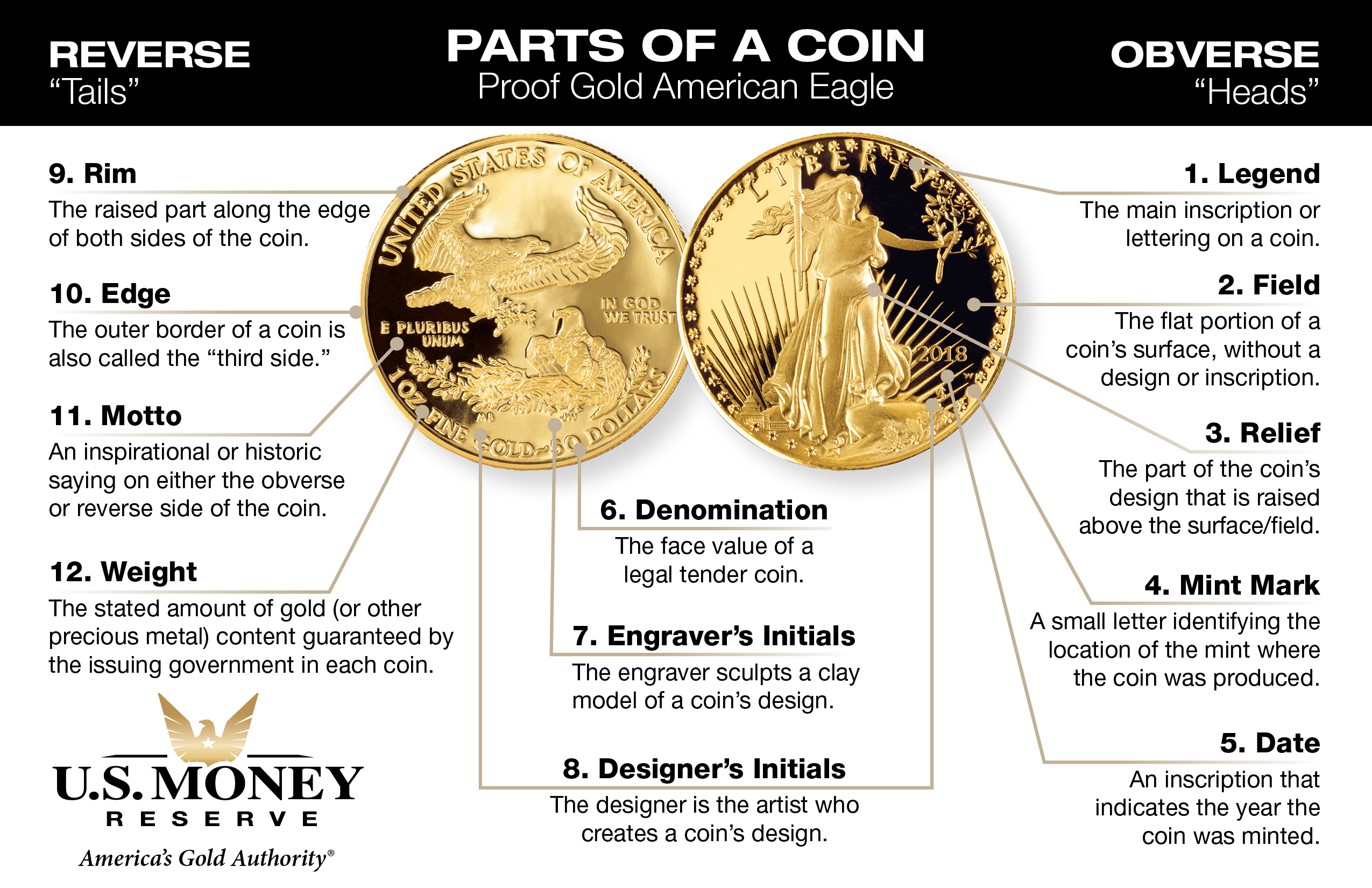 What is a coin?

Not everything that's round and made of precious metal is a coin. Coins are minted by a sovereign government, are legal tender, and have a minimum face value in addition to a melt value. In most countries, a coin's design must be approved by a legislative body and advisory committee.

Numismatics is the study or collection of coins, paper currency, medals, tokens, and other money-related objects. While you may not realize it, you likely share many interests with numismatists: people who study coins and other forms of currency.

We'll first look at the obverse, or front, of the Proof American Eagle Gold Coin—one of the most popular gold coins in U.S. history. This side of the coin is also referred to as the “heads” side. It features Lady Liberty in all of her glory, standing tall and strong with an olive branch in one hand and a flaming torch in the other.

The legend is the main inscription or lettering on a coin. On the Gold American Eagle Coin, the legend on the front reads, “LIBERTY” and on the back, “UNITED STATES OF AMERICA.” Typically, an inscription tells us important information about the coin, like its country of origin, who minted the coin, or who's featured in the portrait, if applicable.

The field is the flat portion of a coin's surface. It is unmarked, without design or inscription. The field is essentially the background on to which designs and inscriptions are added. A proof coin has a mirror-like (reflective) field, while a bullion coin exhibits a matte field.

The relief is the part of the coin's design that is raised above the surface/field. On the front of the Gold American Eagle, the relief is Lady Liberty holding a torch and an olive branch, striding toward the viewer with sunbeams and the Capitol building in the background. The reverse relief features a family of eagles clutching olive branches. The raised areas of a proof coin are frosted in appearance, while a bullion coin's relief has a shiny appearance.

Now let's look at the reverse, or back, of the Proof American Eagle Gold Coin! It features a family of bald eagles clutching olive branches. This side is also referred to as the “tails” side.

Some coins will also include the engraver's initials. According to the U.S. Mint, the engraver is the artist who sculpts a clay model of a coin’s design in bas (low) relief. Sheryl (or Sherl) J. Winter engraved the Gold American Eagle.

Some coins will include the initials of its designer. The designer is the artist who creates a coin’s design but doesn’t necessarily engrave the design into a coinage die. Their initials are usually small and require a magnifying glass to locate. On the obverse of the Gold American Eagle, you can see AG for Augustus Saint-Gaudens. On the reverse, MB stands for Miley Busiek (now known as Miley Tucker-Frost). Learn more about the men and women who designed the Gold American Eagle!

The rim is the raised part along the edge of both sides of the coin. A coin's rim makes it easier to stack and reduces wear when handling. A Gold American Eagle has a raised or “upset” rim.

The edge is the outer border of a coin and is also called the “third side.” There are four types of edges: plain, reeded, lettered, or decorated. The Gold American Eagle has a reeded edge.

The motto is an inspirational or historic saying on either the obverse or reverse side of the coin. A motto is different than an inscription, as it's typically made up of words that are inspirational or emotionally stirring. On the Gold American Eagle, the motto includes “E Pluribus Unum” and “In God We Trust” on the reverse side.

Ready to put your newfound numismatic knowledge to use? Now that you understand the American Eagle Gold Coin from front to back, inspect one for yourself! Order an American Eagle Gold Bullion Coin or Certified Proof Coin online or by calling 1-844-307-1589 today!