Palladium Prices Could Be Set to Soar 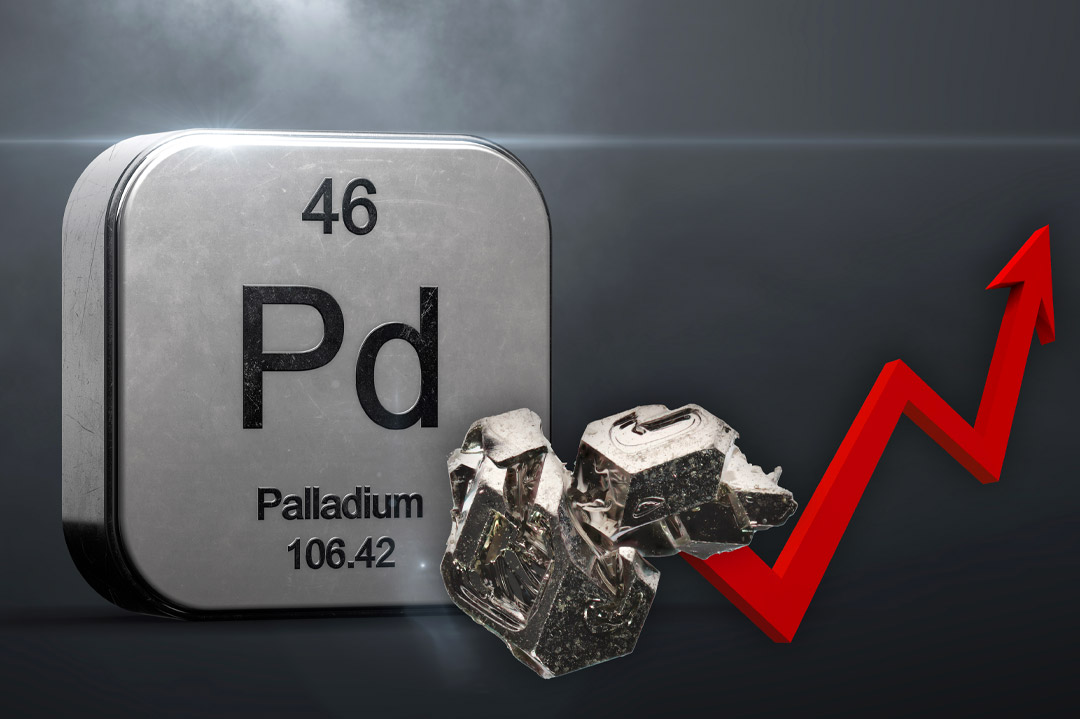 For many people, “precious metals” typically means gold or silver. While both can be great additions to today’s portfolios, they are not the only ones to consider.

Palladium, a silvery-white precious metal in the platinum family, has been making major headlines recently. Like gold, palladium achieved record highs in 2020. And according to analysts at Citi, palladium’s price could continue to soar next year.

Palladium started this week at a price of $2,187/oz. If prices were to meet Citi’s forecast by 2021, then they would have grown 60%. Just five years ago, the precious metal’s price was $618/oz. before rallying to today’s price. In early 2020, The Wall Street Journal reported that palladium prices had more than doubled since 2018.

One reason supply is tight for the precious metal is because it is sourced from very few locations. The majority of palladium output is from mines in Russia and South Africa that aren’t exclusively producing palladium—palladium exists as a by-product of platinum and nickel mining.

While palladium supply is limited, demand is not. Devices that scrub toxic pollution from vehicle emissions—called catalytic converters—use palladium in gasoline-powered vehicles. In recent years, regulations in both the EU and China have resulted in stricter requirements for auto manufacturers. Palladium’s role in helping manufacturers meet these new standards puts the metal in high demand.

The same factors that drove palladium’s price upward earlier in the year are still at play.

As it currently stands, both the EU and China are continuing to demand strict emissions standards from auto manufacturers, which will likely drive demand higher. Palladium still has few sources of mining, so the supply of the metal could continue to be constrained in the future. Together, these factors have the potential to lift palladium prices to a new all-time high.

The current dip in palladium’s long-term rally could be a major purchasing opportunity for those willing to take advantage of it.