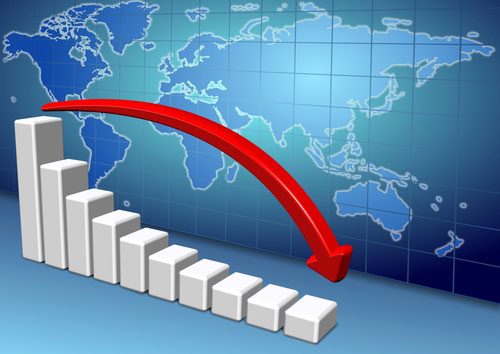 The outlook for the global economy has weakened slightly and become less certain in recent months as ripples from China outweigh an improvement in the U.S., the Organization for Economic Cooperation and Development said Wednesday.

In the latest update to its economic forecasts, the Paris-based research body zeroed in on the slowdown in China as the main risk facing the global economy and warned that authorities there face deep challenges.

While the OECD said the strength of the U.S. economy justifies the Federal Reserve beginning to raise interest rates at a gradual pace, that robustness isn’t enough to brighten the overall outlook for the rest of the world.

The risk from China also comes as the economic recovery in the eurozone is moving slower than might be hoped given the tailwinds from lower oil prices, low interest rates and a weaker euro that should boost exporters, the OECD added.

“Global growth will remain subpar in 2015. Some strengthening in growth is expected in 2016, but doubts about future potential growth continue to build,” the OECD said.

The cautious outlook indicates the OECD sees a serious threat from wobbles in China’s economy and on its financial markets.

Surveys have shown that manufacturing activity in China has declined and import growth has weakened, but economists have struggled to gauge the data and what it means for other major economies. Meanwhile, stock markets around the world have swung wildly as investors have tried to understand the impact of a slump on Chinese markets over the past three months.

Some emerging-market economies have already taken a sharp hit from falls in commodity prices as Chinese demand slows, the OECD said. It now expects Brazil’s economy to contract 2.8% this year instead of 2% forecast in June.

If the Chinese economy is even weaker than expected, it could have “serious repercussions” extending to advanced economies throughout the world, the 34-member organization said.

According to OECD models, a combination of adverse financial shocks and a two-percentage-point decline in China’s growth rate would drag global growth down by 0.5 percentage points in 2017.

“That’s not our forecast but it gives a sense of how much China matters in the global economy. Trade channels and financial channels are both important right now and they are a big player,” OECD chief economist Catherine Mann said in an interview with The Wall Street Journal.

China faces a big challenge to rebalance its economy toward consumer spending, the OECD said. Further stimulus may be needed, but the OECD warned that Chinese authorities should shift away from debt-financed spending on construction and instead focus on social safety nets and welfare spending to support consumers, the OECD said.

“Loose monetary conditions have increased leverage and led to financial turbulence and the focus on infrastructure is losing traction,” Ms. Mann said.

In the rest of the world, continued stimulus is warranted to support demand, the OECD said. For the eurozone, Ms. Mann said it is puzzling that the economy isn’t responding more to the European Central Bank’s quantitative easing program and urged authorities to ensure low interest rates are feeding through to bank loans to companies and households.

In the U.S., the OECD said the Federal Reserve should only raise rates very gradually to protect growth. Ahead of Thursday’s interest rate decision, OECD analysis shows that keeping to a very gradual pace is more important for supporting economic growth than the timing of when the rate increases begin.