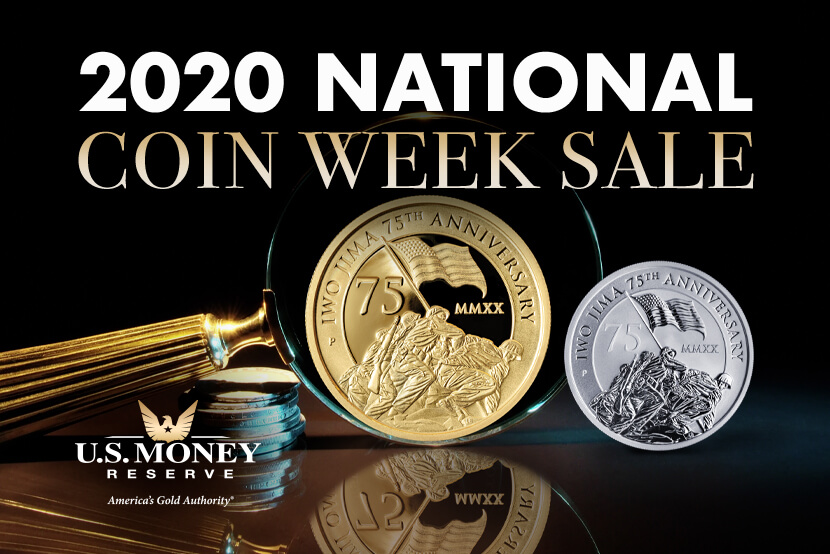 Coin Week wasn’t always the occasion it is today. In 1923, the governor of the American Numismatic Association (ANA) suggested to the group’s president that an event should be created to “attract the general public to our hobby and consequently increase our membership and aid in our science.” The first Coin Week was held February 9–16, 1924, and deemed a great success.

The ANA’s president further refined Coin Week’s mission in 1925, saying, “Let us all work together for the accomplishments of the principles for which the American Numismatic Association was founded: to disperse numismatic knowledge…to demonstrate that numismatics is an educational and entertaining pursuit…and to imbue other[s] with [an] enthusiasm and love for the subject.”

However, after a few years of observance, the event waned in participation and existed in name only.

Presidents Richard Nixon and Ronald Reagan issued proclamations in 1974 and 1983 that breathed new life into the occasion and officially designated the third week of April as National Coin Week, prompting the creation of ceremonies and activities for kids, everyday citizens, and coin enthusiasts alike.

Why Release During National Coin Week?

National Coin Week is one of the best times to elevate the history displayed on American coinage. What’s more, the year 2020 marks the 75th anniversary of the Battle of Iwo Jima.

“Since the beginning of history, coins have helped to tell the story of civilization,” said President Richard Nixon in 1974. “Observance of National Coin Week will give us all an opportunity to reflect upon the designs, mottos, and symbols that appear on our coins,” he proclaimed, as recorded in The Code of Federal Regulations of the United States of America.

The designs and symbols featured on the gold and silver Iwo Jima coins are deserving of reflection.

The reverse side shows soldiers raising the American flag at the highest point of Iwo Jima, an image that’s based on a rendition of Joe Rosenthal’s iconic 1945 photograph of six brave U.S. Marines. The moving moment follows one of the longest and bloodiest battles of WWII. The reverse side also features the inscription “IWO JIMA 75TH ANNIVERSARY,” Perth Mint’s “P” mintmark, and the year 2020 in rare Roman numeral dating (MMXX).

Each Iwo Jima coin is made from legal-tender gold or silver and guaranteed for its weight, content, and precious metal purity.

National Coin Week is the only time you can take advantage of special pricing and free shipping on Iwo Jima bullion coins, and U.S Money Reserve is one of the only places you can purchase these exclusive coins!

Click to learn more about ordering gold and silver Iwo Jima coins before National Coin Week comes to an end. You can also call 1-888-425-0255 and buy directly over the phone.

A portion of the proceeds from every Iwo Jima coin sold goes to benefit the World War II Foundation, a leading nonprofit organization that’s committed to educating future generations about the immense sacrifices made by the men and women who served during WWII.