The Upside to a Down Dollar: How to Make an Unstable Dollar Work for You

Home » Headline Gold News » The Upside to a Down Dollar: How to Make an Unstable Dollar Work for You 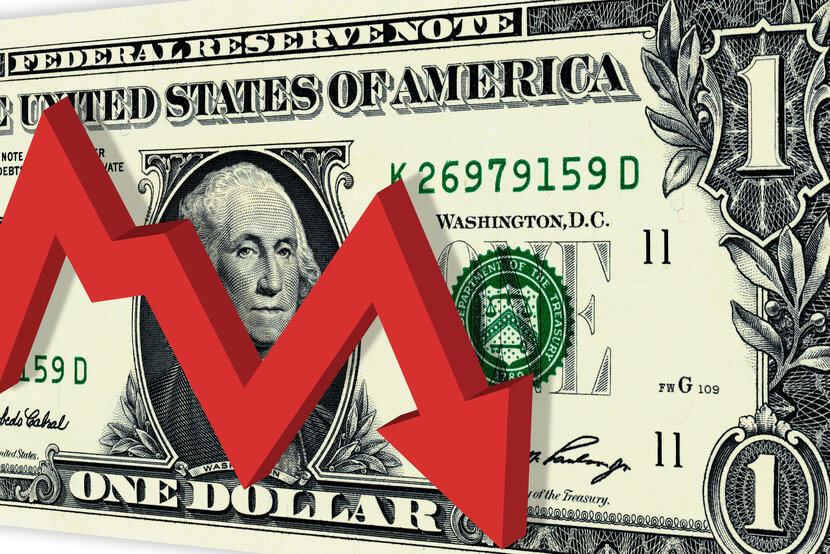 Do you feel like you're working harder, only to get less in return? Like your dollar isn't going as far as it used to? You might be right.

The dollar suffered its worst stretch in six years during the first half of 2017, reports Fox Business, and has declined 5.6 percent thus far this year—its largest two-quarter percentage decline since 2011.

“The rest of the world's tone is improving while the U.S. is decelerating, and the dollar is reflecting that,” says Mark McCormick, North American head of foreign-exchange strategy at TD Securities.

An unsustainable level of federal debt, personal debt, and pressure from burgeoning emerging markets like China could continue to strangle the dollar in the long term. Political risks in Europe and the U.S. are still wild cards, too. Given such an outlook, how can you make sure that you get the most bang for your buck? By putting a weak dollar to work for you.

1. Diversify away from the dollar

Even if you fill your portfolio with a range of assets, you're not truly insulated from the dollar's movement if these assets move in parallel with the dollar, especially paper-based assets.

In an environment where volatility is increasing and uncertainty prevails, it's important to also own assets that are either not correlated or are inversely correlated to the dollar.

Consider diversifying into commodities, foreign asset classes, U.S. companies with offshore profits, natural resources, shares in mining companies, and above all—physical gold. Doing so can help protect you from bubbles in any of these asset classes, not just the dollar.

As for gold in particular, “gold is wealth insurance,” says Philip N. Diehl, president of U.S. Money Reserve and former director of the U.S. Mint. “Gold outperforms other asset classes when hard times come and often rises when other assets are crashing. Including gold in your portfolio protects your wealth by offsetting losses in your other assets.”

One of the primary reasons central banks buy gold, in fact, is to hedge against a sagging dollar. Gold historically has a negative correlation to the dollar (alongside oil and other commodities), making it an effective hedge against future dollar weakness.

2. Shift dollars into assets with a limited supply, but high demand

Unlike the dollar, natural resources, like gold and silver, cannot be “increased” to suit the political agenda of the day. The supply of gold changes little over time while fiat currency, like cash, can be printed in unlimited quantities. If a central bank decides to print more money or ban a certain note (like India's Prime Minister did in November 2016), a currency can be flipped upside down overnight.

In the last two decades, the total amount of U.S. currency in circulation has more than tripled, with approximately $1.5 trillion in circulation as of April 5, 2017.

“The dollars of today are worth less than yesterday’s and those of tomorrow will be worth less than today’s,” says Robert Schoon via Kitco, whose sentiments are supported by Peter Ferrara, former Associate Deputy Attorney General of the United States under President H.W. Bush. According to Ferrara’s estimates, a dollar saved in 1971 was worth a mere 12 cents by 2012.

To put this in perspective, look at how the real cost has climbed for college and cars since the 1970s, two things many have come to take for granted. Measured in 2015 dollars, the average cost for a public four-year college in the 1975–76 school year was $2,387, compared to today’s $9,410 per year. The real cost to attend college has more than tripled, calculates The Penny Hoarder. And cars? In 1976 the average midsize car might cost you $3,700. In 2015, the least expensive mid-size car costs over $16,000—an increase of over 300%.

While the amount of U.S. currency in circulation has been expanding, global gold supply has been contracting, on top of less gold being discovered and shrinking gold mining reserves. More and more individuals are choosing to escape the dollar's instability by securing their money with gold and silver. States, too, are showing support for precious metals and skepticism for solely relying on paper dollars through sound money legislation.

3. Focus on assets that offer flexibility

Uncertainty is one of life's only certainties. Holding a range of liquid assets that are easy to buy, sell, and transport can give you the freedom and flexibility to respond to market changes as you see fit.

Should the time come that you want to convert your assets into cash, liquid assets can help maintain your purchasing power and protect your wealth from declines. While gold can be easy to buy, sell, and transport, you may find that you never need to convert it back to cash. Gold has been a medium of exchange for more than 5,000 years. 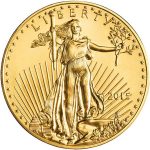 In terms of liquidity, Gold American Eagle Coins are an ideal choice. They're one of the most popular gold bullion coins in the world and remain an international standard of trade. As easy as they are to buy and sell, Gold American Eagles have been known to sell out. Call 1-844-307-1589 to buy yours today!

“What people look for is something that's an insurance policy, an asset that holds its value in times of trouble,” says Avinash Persaud, senior fellow at the Peterson Institute for International Economics. “You don't want uncertain reserve assets.” With a track record of more than 5,000 years, gold may be the opposite of “uncertain.”

For comparison, consider an asset like real estate. While a property can act as a store of wealth, it may not offer the right level of liquidity for your needs. If the dollar were to go further south so could the real estate market, making it difficult to sell a property. Plus, selling property takes time—time you may not have.

You're going to have to navigate a variety of risks now and in the years ahead, no matter who occupies the Oval Office, who controls the Federal Reserve, how much debt your fellow Americans accumulate, and how international relations unfold. One way to keep pace, and even outpace, a dollar decline is by increasing your earning potential through education and training. Invest in your own knowledge and skills in your professional life, finances, and beyond.

Nearly two-thirds of Americans can't pass a basic financial literacy test, finds the National Capability Study via Fortune, and less than half of all Americans appear to be able to answer basic questions about financial risk.

By staying informed and taking steps to educate yourself, you can take control of your portfolio and make strategic moves that are right for you. Take the first step now, before the dollar weakens any further. Call 1-844-307-1589 for a one-on-one consultation with an experienced Account Executive and learn how gold can work for you today.