What Is the Liberty Coin Act?

Home » Coins » What Is the Liberty Coin Act? 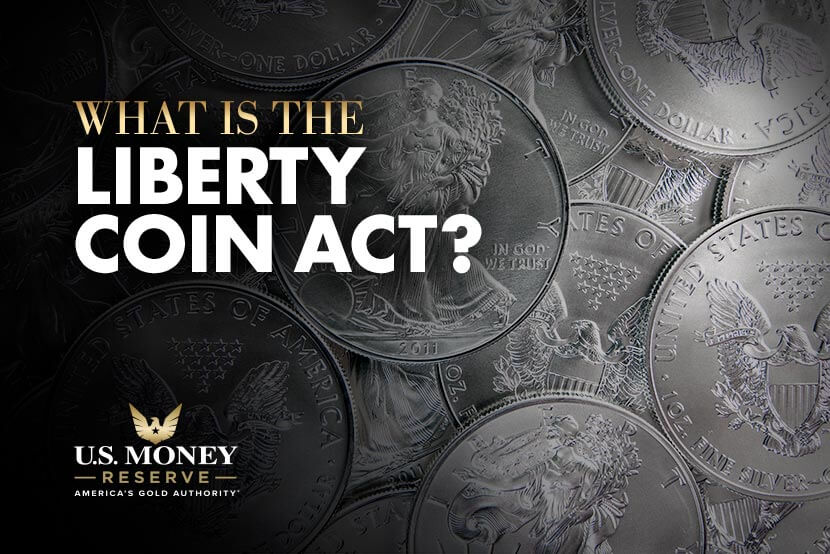 The Origin of the Liberty Coin Act

The Liberty Coin Act (formally Public Law 99-51), passed in 1985 and signed into law by President Ronald Reagan, paved the way for minting millions of $1 coins made of 99.9% pure silver.

U.S. Senator James McClure of Idaho sponsored the Liberty Coin Act as a way for miners to sell surplus silver to the federal government. Aside from producing a lot of potatoes, Idaho also produces a fair amount of silver.

The 1 oz. Silver Eagle coins and others included in the Act pay tribute to the Statue of Liberty and her home, Ellis Island.

In 2021, the U.S. Mint marked the 35th anniversary of the American Eagle Coin Program with an updated design. The design now includes some of Weinman’s original details that were not previously displayed. Beginning in 2021, the back of the coin shows an eagle making a landing, carrying an oak branch it seems prepared to place in a nest.

From 1986 through the first half of 2021, the back of the coin showed a heraldic eagle with a shield, clenching an olive branch in its right talon and arrows in its left talon. The design, by John Mercanti, symbolized strength and endurance.

The Role of the Liberty Coin Act in U.S. History

The American Silver Eagle coin was born as a result of the Liberty Coin Act, an amendment to the law that created the Statue of Liberty commemorative coin program.

The American Silver Eagle Coin Program, launched in 1986, wound up being one of the most popular and profitable coin programs in the history of the U.S. Mint. To date, more than 600 million of these coins have been minted.

“Today, the Silver Eagle is at the heart of the modern U.S. coin and silver bullion markets as the silver coin that has the highest demand and premiums and the greatest liquidity because of those factors,” according to CoinWeek.

The Liberty Coin Act and the Gold Bullion Act

Both the Liberty Coin Act and the Gold Bullion Coin Act were passed in 1985. These federal laws authorized the production of silver and gold bullion coins by the U.S. Mint. Under the Gold Bullion Coin Act, the Mint was directed to issue gold coins in $50, $25, $10, and $5 denominations. Now American Eagle Silver and American Eagle Gold coins are among the most popular coins in the world.

What Are Certified Coins, and Why Do They Matter?
2021-05-19
Free Gold Information Kit