Is Inflation Going Up? Yes, and Here’s Why. 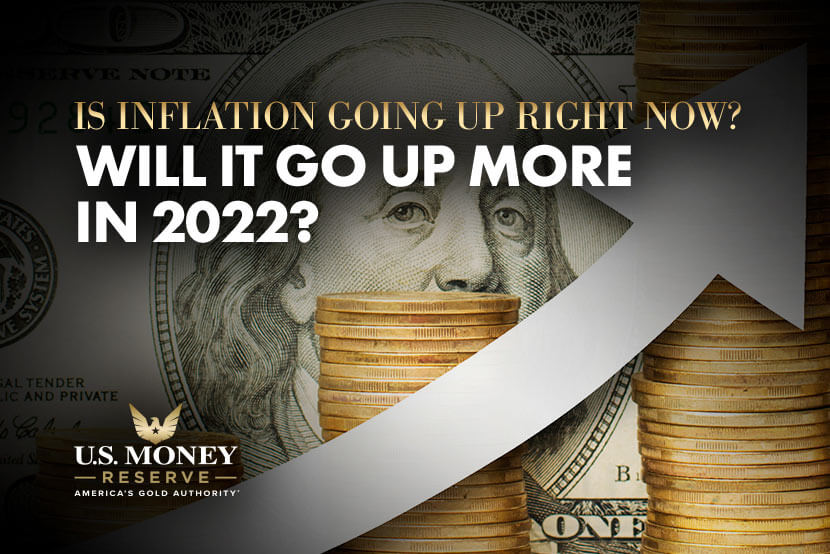 Inflation concerns are surfacing around the globe, especially in the U.S. Learn what it means when inflation goes up, why it’s going up right now, and what you can do to help protect your wealth from inflation’s harmful effects.

Is Inflation Going Up?

The inflation rate reflects the increase (or decrease) in prices for various goods and services, including food, housing, energy, and gas.

Why Is Inflation Going Up?

The Wall Street Journal attributes the rise in inflation to supply shortages, labor shortages, and strong demand for goods and services. All of those factors can be tied to the COVID-19 pandemic, including supply chain problems, which have worsened because of the global health crisis.

What Is the Inflation Forecast?

Economists at Goldman Sachs warn that inflation is “likely to get worse before it gets better” and could continue into 2022.

On a positive note, economists foresee inflation easing in 2022 as supply chains normalize and energy prices stop going up, according to The Wall Street Journal. Officials at the Federal Reserve, which sets U.S. monetary policy, believe inflation will drop to between 2 and 2.5% in 2022. However, others think inflation could linger at 3% through 2023 before declining to between 2 and 2.5%.

But given the uncertainty about what will happen with the pandemic, inflation could throw us a curveball in 2022.

“At the start of 2021, the U.S. was forecast to end the year with 2% inflation. Instead, it’s close to 7%. In 2022, once again, the consensus expects inflation to end the year close to target levels. Another major miss is possible,” the Bloomberg news service says.

How Gold Can Serve as a Hedge Against Inflation

You can take several steps to develop an inflation-fighting strategy. Among them is to consider buying gold, which often is viewed as a hedge against inflation. Investopedia lists gold as one of nine assets capable of protecting against inflation.

How is gold a hedge against inflation? Gold and certain other assets can be inflation hedges because they can safeguard against the U.S. dollar’s decreased buying power that stems from an overall rise in the price of goods and services.

Research by the World Gold Council shows that between 1974 and 2008, there were just eight years when U.S. inflation was high, surpassing 5%. During that period, gold prices rose by an average of 14.9% year over year, outpacing assets like bonds and equities.

Could your portfolio use a little more hedging? Let’s talk about the power of gold and other precious metals. Call U.S. Money Reserve today for a one-on-one consultation.

Congress May End the Backdoor IRA Conversion—Here’s What You Need to Know.
2021-12-16
Free Gold Information Kit