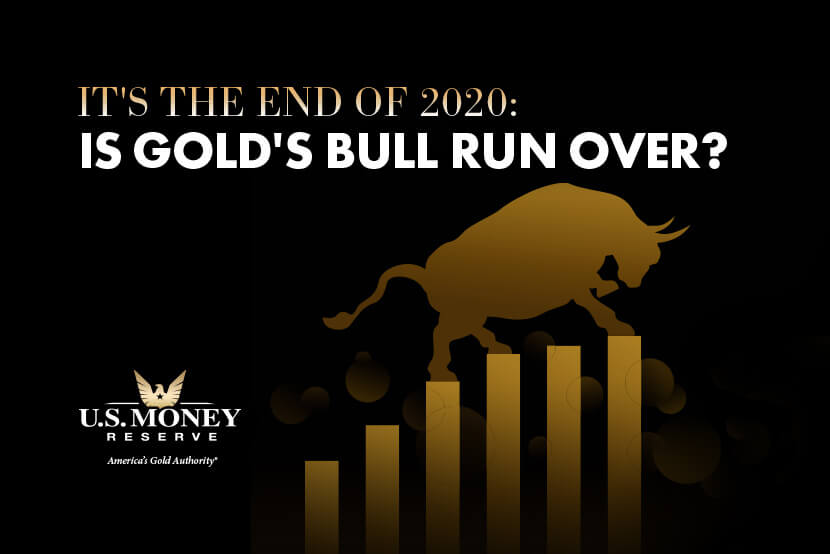 Gold prices have seen a meteoric rise over the past few months. Is the recent surge over? Prominent market watchers see evidence of an ongoing bull run, and many say gold prices could climb even higher over the long term. We invite you to review their insights and decide for yourself.

A slew of analysts are bullish on the prospects for gold prices following “a slate of positive vaccine news,” which weighed on gold and temporarily reversed the safe-haven moves into gold. TD Ameritrade calls this recent sell-off “misguided.”

What’s behind the optimism? Australia and New Zealand Banking Group summarize the reasons: real interest rates, inflation, and a weaker U.S. dollar. The banking group believes those factors could push gold to $2,100/oz. next year, according to Kitco.

Meanwhile, CIBC expects gold to average $2,300/oz. in 2021. Compare that with gold’s price of around $1,860/oz. in early December. Analysts at Goldman Sachs also are optimistic about gold prices in 2021, setting a target price of $2,300/oz. They see a “strong strategic case for gold.”

“In our view, the structural bull market for gold is not over and will resume next year as inflation expectations move higher, the U.S. dollar weakens, and [emerging market] retail demand continues to recover,” Goldman Sachs forecasts.

“Although nobody has a crystal ball…the majority of forecasts now point toward the metal performing steadily well in 2021,” Capital.com notes.

While nobody has a crystal ball, Forbes contributor Jeff Opdyke envisions 2021 being “The Year of Gold,” with its price shooting past the record high of $2,072.49/oz. set on August 7, as reported by Reuters.

While not pinpointing an exact target price for 2021, Bloomberg News notes that stimulus money flowing into the world economy could spur higher gold prices next year.

“Gold is viewed by many as the archetypal haven asset, inevitably driven higher in times of turmoil. By that logic, a beginning of the end of the [financial] crisis would signal a turning point for the rally,” Bloomberg reports. “But the precious metal also serves as a hedge against inflation. And with the massive amounts of money being poured into the global economy this year, any signs of rising consumer prices could send investors diving back to bullion.”

“Not only is the gold market seeing strong technical support for higher prices, but some analysts also note that the precious metal continues to enjoy strong fundamental support,” Kitco emphasizes.

We’re always watching gold prices, and you can, too. Bookmark these resources and U.S. Money Reserve’s gold price chart.