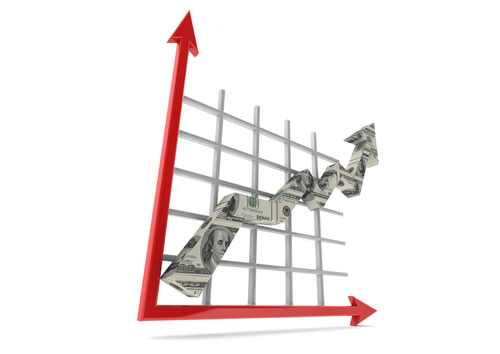 Rising federal debt threatens to choke economic growth within a decade, beginning a death spiral that will sap revenue from government programs even as demands grow, forcing the government to borrow even more, Congress‘ budget watchdog said in a frightening report Tuesday.

Budget cuts or tax increases now would help avert that scary scenario, leaving the economy far stronger than it otherwise would be, the Congressional Budget Office said in the starkest warning yet by the independent agency that putting off tough decisions will only make things worse.

The report — the first major one under new CBO Director Keith Hall — also takes aim at some traditional liberal arguments, finding that government investment yields only half the return on investment compared with the private sector and that money transfers to the poor act as “implicit taxes,” keeping them out of the labor force and depressing the economy further.

“The long-term outlook for the federal budget has worsened dramatically over the past several years,” the CBO said in its dire report, blaming large deficits that piled up under President Obama’s stimulus and more fundamental changes to the economy that have caused Americans to leave the workforce in favor of government support.

The next few years will show solid improvement in the budget as the effects of the stimulus wear off and the economy climbs out of the slump that began under President George W. Bush and has continued for most of Mr. Obama’s tenure.

But the aging population, rising health care costs, a less-motivated workforce and ever more generous promises of government assistance will soon reverse the trend and send annual deficits shooting back up, accumulating a bigger debt burden that will act as a permanent drag on the economy.

He said the stunning report was a call for immediate action on the big entitlement programs that will drain the Treasury.

Democrats agreed on the need to act but blasted Republican proposals for spending restraints. What is needed, they said, is more spending on education, infrastructure and research.

“Responsible deficit reduction does not mean billions of dollars in unpaid-for tax breaks,” he said. “It doesn’t mean recklessly cutting spending — despite the fact that the cuts will slow economic growth — or arbitrarily demanding a balanced budget. It does not mean disinvesting in America’s future and turning our back on the promises we’ve made to America’s seniors.”

The CBO said federal debt is poised to rise to record levels when measured against the size of the U.S. economy, matching the amount accrued at the end of World War II. But the government quickly paid off that debt and entered decades of prosperity, whereas the current pace suggests unsustainable debt levels for the foreseeable future.

Indeed, just keeping debt level where it is, at about 75 percent of the economy, would require middle-class families to pay $750 a year more in taxes.

Getting back to the level of debt of most of the past five decades would mean a $1,700 annual tax increase per middle-class household. Alternatively, relying on across-the-board spending cuts would mean trimming the average new retiree’s first-year Social Security payments by $2,400.

“To put the federal budget on a sustainable path for the long term, lawmakers would have to make major changes to tax policies, spending policies or both,” the CBO said.

“The next president, working with Congress, must move quickly and effectively to put the country on a more sustainable course,” said Robert L. Bixby, executive director of the Concord Coalition.

He said that debating options as part of the campaign over the next year is the only way for the next president to earn a mandate on taking action.

He said the usual campaign promises to trim waste, fraud and abuse won’t cut it anymore given the magnitude of the problems the CBO exposed.

Under Republican lawmakers’ direction, the CBO has started using what is known as dynamic scoring, which means taking into account the economic feedback of major policies such as tax cuts.

In the case of Tuesday’s report, the CBO calculated the drag on the economy should debt pile up, and said it could work out to trillions of dollars a year by 2040.

The analysts said it’s impossible to know what the breaking point is for debt, but at some point investors will begin to doubt that the U.S. can make good on its borrowing and will begin to require higher interest rates. That would precipitate a fiscal crisis.

Even before that, debt would begin to crowd out private borrowing, slowing the economy even more, the CBO predicted.