How Bullish Does the Gold Production Forecast Look for 2020? 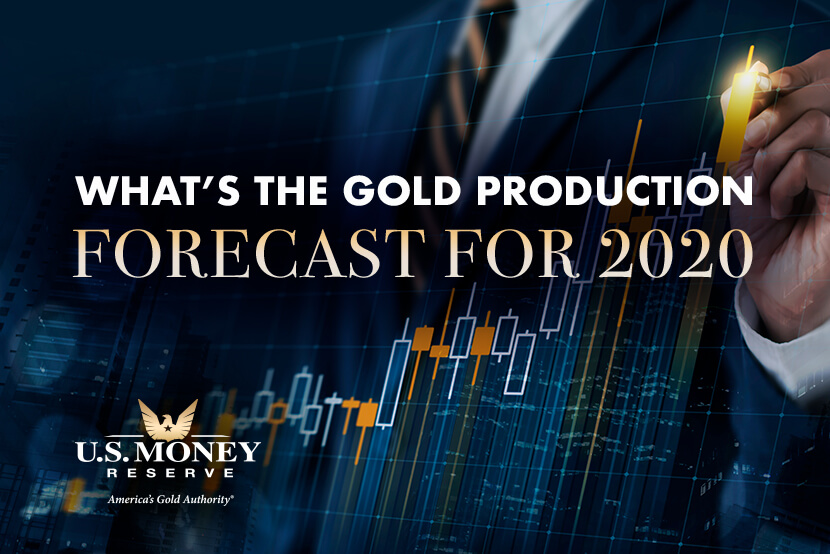 Resolute Mining Ltd. anticipates 30% higher gold production in 2020. Other mines predict production upticks, thanks to improved technologies and efficiencies. Where might gold production and, in turn, gold prices go in 2020? Read on to find out.

Resolute Mining issued its 2020 forecast two days before announcing it would sell its Ravenswood Gold Mine in Australia for as much as $300 million. Since Resolute’s purchase of Ravenswood in 2004, the mine has produced nearly 2 million ounces of gold.

Resolute might not be the only gold miner to experience a surge in production in 2020.

Toronto-based Centerra Gold Inc. says its mines produced 783,308 ounces of gold in 2019, at the upper end of its forecast for the year. For 2020, Centerra predicts production of 740,000 to 820,000 ounces. That range holds the promise for Centerra exceeding its 2019 production figure.

At Vancouver, Canada–based B2Gold Corp., 2019 was a record-setting year for gold production, with 969,495 ounces mined. This year could be even better, as B2Gold forecasts gold production of 1 to 1.055 million ounces.

Financial Post observes that the most enthusiastic backers of gold say that “its prospects have seldom been so positive. They argue that the same factors that helped gold perform so well in 2019—including trade tensions, potential interest rate cuts, a volatile stock and bond market, and geopolitical uncertainties such as Brexit—remain in place to a certain degree and are setting the stage for a massive rally in 2020.”

This news comes on the heels of a jump in gold exploration activity in 2019 for the second year in a row. “I expect that the gold market will continue to strengthen,” Peter Grosskopf, CEO of Sprott Asset Management, told Investing News.

While the gold market is expected to strengthen, overall gold production actually slipped 1% in 2019, according to the World Gold Council.

There’s a chance that gold production could be affected by a continuing wave of mergers and acquisitions in the mining industry. In 2019, the gold mining sector saw a nine-year high of M&A deals, valued at $20.2 billion.

Bank of America Securities envisions gold production by major global miners declining by about 5% over the next four years.

“After years of underinvestment, we see production profiles under pressure and believe that it is inevitable there will be further M&A,” Bank of America Securities reports.

If gold production is on the rise at a number of mining companies, but there’s only so much gold in the world to go around, could we be nearing a serious cramp in gold supply and demand? Track gold prices and stay tuned.