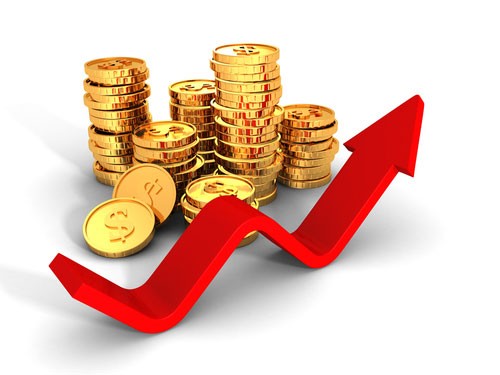 Gold prices jumped Friday after U.S. jobs data came in far lower than expected, signaling continued sluggish economic growth and easing expectations of an interest-rate increase this year—adding up to a bullish backdrop for safe-haven assets such as precious metals.

Gold prices were down nearly 1% earlier in Friday’s trading session but reversed losses after the release of the data. The most actively traded December contract was up 1.7% to $1,132.60 a troy ounce on the Comex division of the New York Mercantile Exchange.

The Commerce Department said U.S. nonfarm payrolls rose by 142,000 in September, far below the 200,000 gain expected in the consensus estimate of economists surveyed by The Wall Street Journal. The jobless rate stayed at 5.1%, in line with expectations. Equally troubling was a sharp downward revision to prior data on August jobs numbers to 136,000, 21% lower than the initial estimate last month.

A stronger number would have signaled further robustness in the U.S. economy and shored up a decision by the Federal Reserve to raise interest rates, analysts say. That could have strengthened the dollar and pressured precious metals, which become less attractive when compared to higher-yielding bonds. But those expectations unwound in the market Friday, with the dollar and Treasury yields moving lower and raising doubts about a Fed rate increase this year.

“That was a pretty big miss,” said Bob Haberkorn, a senior commodities broker at R.J. O’Brien in Chicago. “It’s pretty bullish for gold for the remainder of the year. With data like that, I don’t see how the Fed is going to be in a position to raise rates.”

Meanwhile, platinum fell below the key level of $900 an ounce Friday for the first time since the recession, as pressure from the Volkswagen AG emissions scandal hammered a precious metal already wounded by high supply and lackluster demand. Spot platinum was down 0.5% at $895.60 an ounce.