What Could Gold Do During the 2020 Presidential Election? 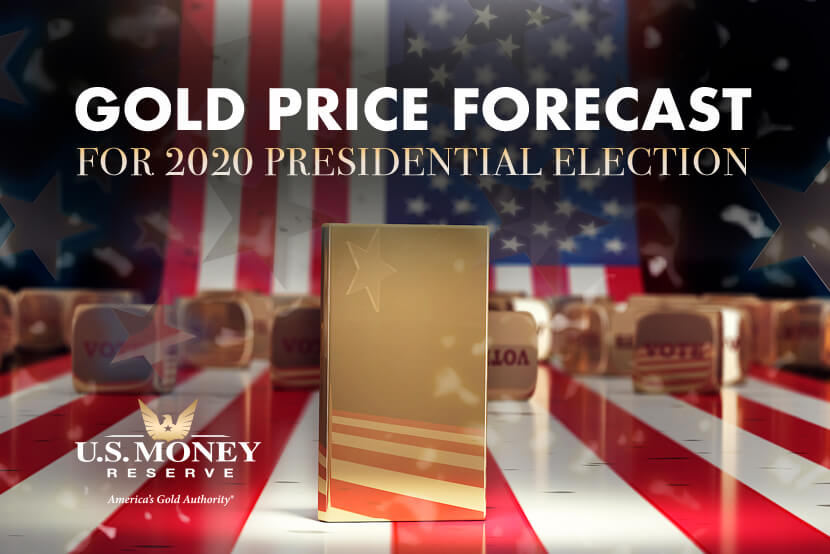 Where there’s data, there’s insight. Learn what gold prices tend to do around election time and the financial lessons we can apply before we head to the ballot box on November 3, 2020.

According to TV station KOMO, gold prices typically soar in the month of September before Election Day and drop in the days leading up to Americans going to the polls in November. On average, gold prices continue to decline until the following January.

In a non-election year, gold usually commands a higher price during 9 of the 12 months, KOMO says.

“This finding alone suggests that gold prices are affected by the assumed instability of the country’s political and economic future during the year in which a new president is named,” according to KOMO.

Where Could Gold Prices Head Before and After the 2020 Election?

The National, an English-language publication in the Middle East, says that “by default,” gold should be a safe-haven asset in the months before the 2020 presidential election. By comparison, U.S. Treasuries won’t be as attractive amid the low-interest-rate environment, The National reports.

Peter Schiff, CEO of Euro Pacific Capital, told Kitco News that if President Trump loses the 2020 election and Joe Biden or Bernie Sanders wins, the price of gold could surpass $2,000/oz. this year. That could happen by election night, he says.

In January 2020, ahead of subsequent economic turmoil, Barron’s reported that the presidential election and continuing trade tensions between China and the U.S. could push up gold prices.

“There will be a lot of volatility in markets ahead of the elections, and that will be helpful for gold,” Rohit Savant, director of research at CPM Group, told Barron’s.

In March 2020, CPM Group predicted gold prices would maintain an upward trajectory throughout the rest of the year and reach new record highs “in the medium term.”

“We see the next five years, maybe longer, as being particularly hostile to consumers, investors, and small enterprises for a variety of reasons and thus a time when holding gold makes more sense than it did in [seemingly] more placid periods such as the late 1990s,” CPM Group said in a report.

While there are identifiable trends in gold prices before and after presidential elections, the ultimate impact on gold prices is yet to be determined. Any number of political and social changes could throw a wrench in otherwise predictable trend lines. Consult trends but track gold prices for yourself with one of these five helpful tools. Monitoring the most recent prices can help you decide exactly when it feels right for you to buy gold.

No one knows which candidate the American people will put in the White House this November. What you do know, however, is where you can put your wealth to help protect it from uncertainties ahead. Request your free Gold Information Kit to learn more.