Direct vs. Indirect Rollover: What’s the Difference & What Are the Rules?

Home » IRA » Direct vs. Indirect Rollover: What’s the Difference & What Are the Rules? 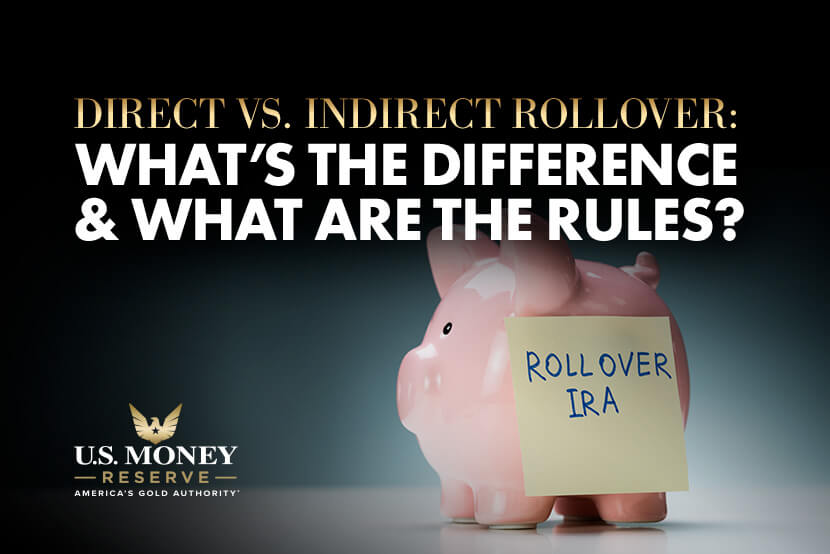 An IRA rollover allows you to consolidate former employer-sponsored retirement plans and potentially access a greater variety of asset options. When you’re weighing a rollover of retirement funds, there are two types to consider: direct and indirect. Follow along as we explore the difference between direct and indirect rollovers, the rules for each, and how precious metals can play a part.

What’s the Difference Between a Direct and an Indirect Rollover?

An indirect rollover is a more involved process. With an indirect rollover, you get a check that you must deposit in an approved retirement plan within 60 days of the money being withdrawn. You could be hit with extra taxes and penalties if you deposit the money outside the 60-day window because the withdrawal would then be treated as an early distribution.

What Are the Rules for a Direct Rollover?

In some cases, the IRS limits rollovers to one every 12 months. However, according to TaxAudit.com, this rule does not apply to:

What Are the Rules for an Indirect Rollover?

If you fail to deposit money from a retirement plan into an IRA within 60 days, you’ll face a tax penalty on top of the normal tax withholding.

The IRS limits indirect rollovers to one every 12 months.

If you’re pondering a direct or indirect rollover, you might consider rolling over some of your retirement funds into what’s known as a gold IRA, or precious metals IRA. A gold IRA can be either a traditional IRA or Roth IRA.

The custodian will buy precious metals on your behalf. While you do own the precious metals in your IRA, you don’t take possession of them until you’re eligible to take distributions. Instead, the bars and coins are stored at an IRS-endorsed depository.

Rolling over part of your IRA into physical gold could help alleviate some uncertainty you might feel about more traditional paper-based assets, like stocks. It could also open up new avenues for diversification. Get started with help from a U.S. Money Reserve IRA Account Executive and request our free Precious Metals IRA Information Kit today.