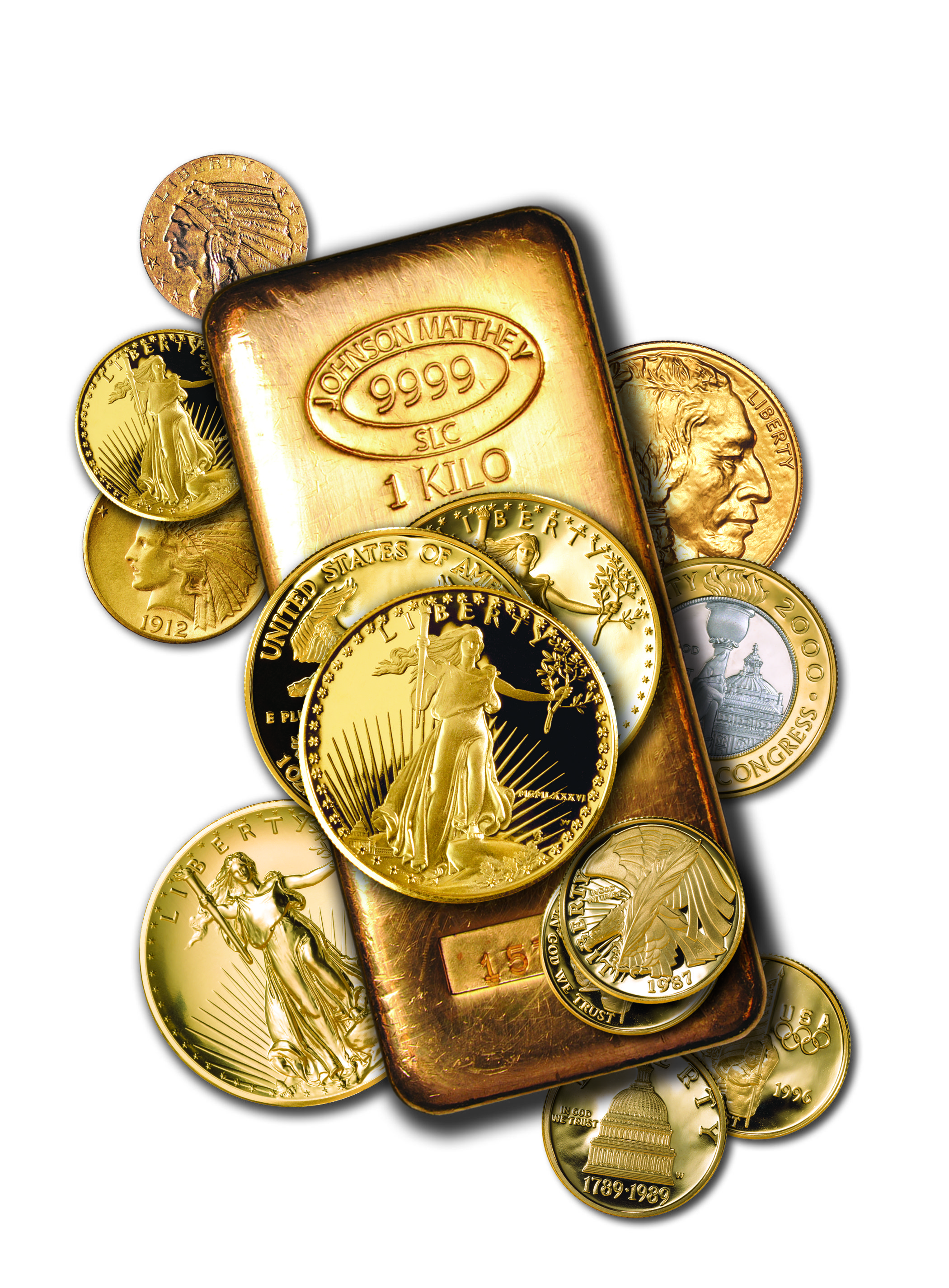 In my last post, I discussed three myths about gold that Gary Alexander describes in a piece on Seeking Alpha. Understanding these myths is important because they deter many investors from making gold part of their financial portfolios. I’ll address four additional myths here.

Myth #4: Gold is primarily a hedge against inflation.

This myth is widely believed because it’s trumpeted loudly and often by opponents of deficit spending and the easy money policies of the Federal Reserve. The economic theory behind this myth is that deficit spending and easy money injects so much money into the economy that, by the laws of supply and demand, the value of the dollar must fall as too many dollars chase too little demand for goods and services.

If only the world worked in such a straightforward way. Beware of all simple theories applied to the real economy. As Albert Einstein said, “For every complex problem there is a solution which is simple, obvious, and wrong.”

Our experience over the past five years suggests that the inevitable connection of high inflation to deficit spending and easy money might not be so inevitable. Despite souring deficits and the Fed pouring trillions of dollars into the economy, inflation has remained low for five years. 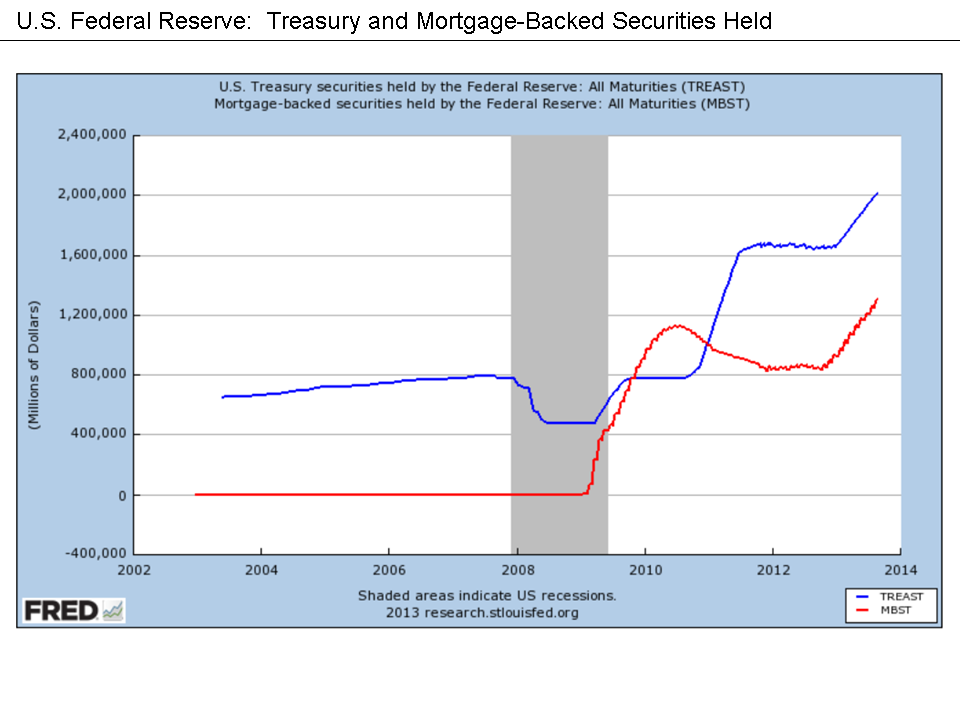 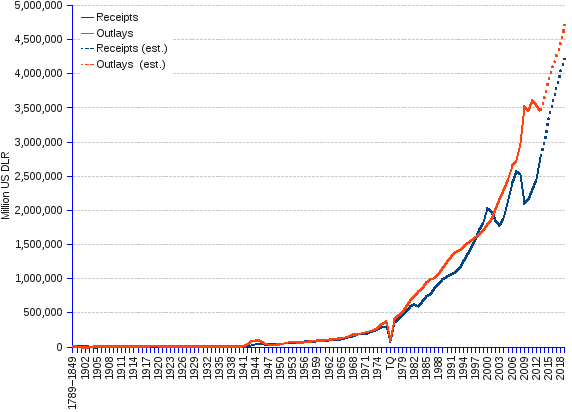 Claims that the price of gold depends on high inflation are also refuted by the fact that gold rose 653% between 2001 and 2011 when inflation remained subdued.

This artificial advantage will vanish when the Fed ends its easy money policies which could happen as early as this fall. Then prices for these inflated assets will fall and the price of gold will rise. This price adjustment will occur sooner rather than later, and if stocks are in a bubble, as I believe they are, the market correction will be sharp.

Myth #5: The euro is the new gold standard.

Alexander misfires in his assessment of this myth. He misinterprets a statement by economist Paul Krugman that today’s “closest equivalent to the classical gold standard is the euro, which put the European countries back under more or less the same constraint they faced when gold ruled.”

Krugman is not implying that the euro is, nor should be, backed by gold, and the Europeans do not make the claim. His point is that the gold standard handcuffs economic policy in a way that is destructive to economic growth and that the same is true for many of the nations using the euro.

But Alexander correctly notes that, today, more people around the globe are able to buy gold than ever before. The Chinese are an excellent example, and China is now the world’s largest market for physical gold.

One of the great attractions of gold in many countries is that the metal’s price rises when local economies falter and their currencies fall. In this way, gold investors have a way to discipline their governments by seeking the protection of gold.

India, the world’s second largest gold market, is a recent example. As the Indian economy and its currency, the rupee, weakened over the past three years, Indian demand for gold exploded. This accelerated the fall of the rupee to the point the Indian government was forced to impose stiff import duties on gold to repress demand. It worked, to some degree. But there’s also a thriving black market for gold in India, so the metal continued to flow into the market, though in lower volumes.

When India’s import duties come off, gold demand will surge in a nation that represents 25% of the global demand for gold, a force that will lift gold prices.

What does this have to do with gold? As the value of local currencies fall, for example, in India, China, and Russia, gold prices rise, or prices decline less than they do for Americans who pay in dollars.

But Americans buy only 7% of all physical gold sold in world markets. In most of the other 93% of the world, the decline in gold prices has been more modest than it has been for us. In these markets, gold demand has remained strong—extraordinarily strong.

Myth #7: Investors have given up on gold.

Wall Street speculators may have moved on to other gambling houses, but long term investors in physical gold certainly haven’t given up on gold. Gold ETFs (exchange-traded funds) created unprecedented demand for gold between 2008 and 2011. ETFs were designed for these speculators who make their profits from price volatility, not from long-term price appreciation. For them, the bigger the price swings the better.

If you own physical gold and follow price movements weekly or monthly, volatility probably makes you anxious. If you’re like me, you want steadily rising prices over the years, or at least stable prices.

But if you’re a speculator in gold ETFs, you’re probably using complex computer algorithms and high frequency trading to wager on rapid price movements. You don’t care whether prices rise or fall, only that they move and that you move before everyone else does.

Last year many ETF speculators exited the market, selling huge holdings in paper gold and driving the metal into a bear market. But physical gold buyers did not exit the market. In fact, they recognized gold to be a bargain and they jumped in with both feet. Demand reached historic levels in the largest gold markets, China and India, and was very strong elsewhere in the world, including the U.S.

There’s no question that speculators on Wall Street can move gold prices over the short term. But over the long term—the time horizon that matters to people who hold physical gold as wealth insurance or for long-term appreciation—gold prices are determined by the state of the world and by the fundamental forces of supply and demand. These forces are very favorable for a long arc of rising gold prices.

Short-term price gyrations are just white noise for those who buy and hold physical gold for the long term.